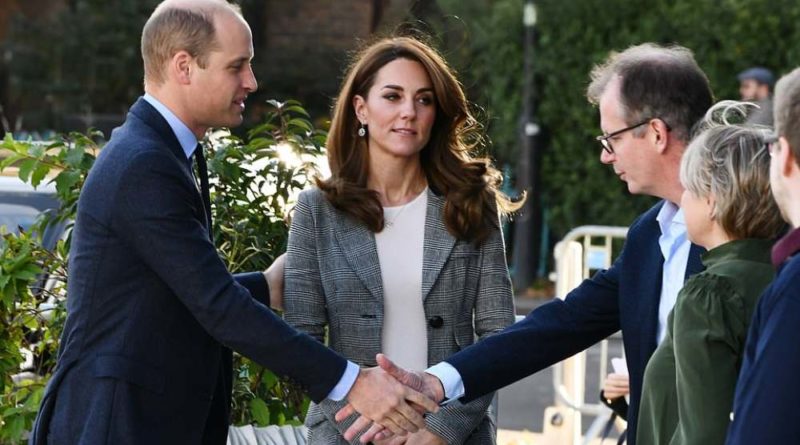 On Thursday evening the William And Kate were supposed to attend the Tusk Conservation Awards, but were unable to, with an official reason being “due to the children”.

They did make it up to them, as Kate and William hosted a tea party for the finalists at Kensington Palace earlier that afternoon. They had a great time nonetheless, meeting and chatting with all the guests, as we can see in a video posted on the Kensington Palace Instagram account on Thursday night.

We have to move faster and more effectively to find ways to balance our demands on this planet ? with the nature ? we share it with. The inspirational #TuskAwards finalists give us all hope that change is truly possible. Visit @Tusk_org to find out more about the incredible work and commitment of this year’s finalists to conservation in Africa.

The video gives fans a glimpse of the royal couple’s home, with the event being hosted in a spacious drawing room, with historic artwork in gold frames hanging on the walls all over it, and a wooden table lined with china teacups and saucers for the guests.

This isn’t the first time the Duke and Duchess of Cambridge have opened their doors to their London cause and held an event there. Not so long ago, in October, Prince William and Kate had Radio 1’s Teen Heroes of 2019 visit Kensington Palace, along with Camilla Cabello and BBC Radio 1 DJs Clara Amfo and Greg James. But that time, the royals hosted it in another room, which had dark hardwood flooring, pale cream walls, and a traditional fireplace with ornate marble surround.

Apartment 1A, where Kate and Prince William live with their three children, Prince George, Princess Charlotte and Prince Louis, is just a minute away from where the tea party took place. Their home was previously the residence of Princess Margaret and includes five reception rooms, three main bedrooms, dressing rooms, night and day nursery, and staff quarters.

The royal couple isn’t the only ones currently living at Kensington Palace, as Princess Eugenie and Jack Brooksbank, who is based at Ivy Cottage, also take residence here. Prince William’s younger brother Prince Harry used to live here before relocating with his wife Meghan Markle to Windsor.

READ NEXT: This Is When We Will Next See Duchess Kate Wearing A Tiara