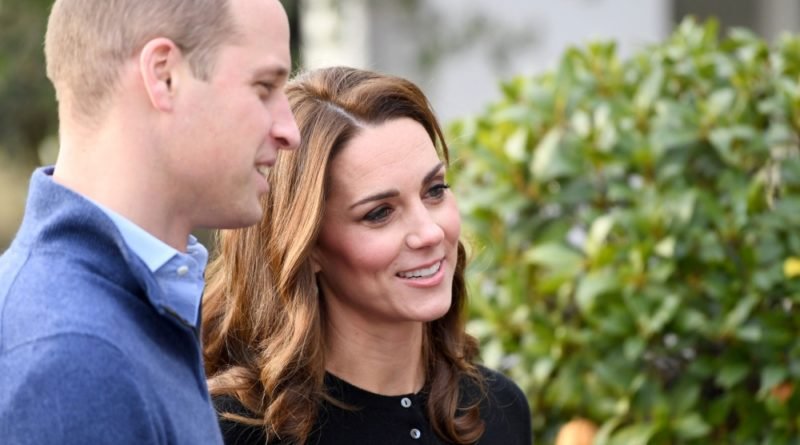 Prince William and Kate have officially started their holiday celebrations!

On Tuesday, the couple hosted a Christmas party at Kensington Palace for military families. The Duke and Duchess of Cambridge welcomed partners and kids, whose loved ones from RAF Coningsby or RAF Marham are deployed on the Mediterranean island state. For the occasion, Kate wore a festive tartan skirt by Emilia Wickstead with a Brora cropped cashmere black cardigan and black boots. Prince William opted for a blue pullover.

The parents of three were caught in photos and videos in a playful snowball fight. At the Christmas party, the kids enjoyed various activities. They were given a chance to decorate stockings, snow globes, as well as making crackers and create Christmas party kits. Prince William even joined the children in making crackers. There was also a photo booth so the military families could take photos.

According to the Palace, William and Kate wish to deliver a message of support to deployed personnel, honour and acknowledge the fact that many are far away from their families at this time of the year.

Kate gave a speech recalling when Prince William served as a helicopter pilot in the Royal Air Force. She said: “As someone who’s husband has served, I know hard it feels when a loved one leaves home for the job they trained for.

“When William served in the Falklands or with Search and Rescue, I remember how it felt. But I can’t imagine how it feels when your loved ones are away on active service.

“The absence of people you love must be especially hard at this time of year.”

A clip of Princess Kate’s speech in which she told military families how much they are “valued” and recalled how it was when Prince William was deployed away from home when serving in the RAF #royal #duchessofcambridge (? @RoyalReporter ) pic.twitter.com/AWVyDY7n0M

During the festive period, there will be 11,000 sailors, soldiers, airmen and marines deployed on operations.

On Wednesday, William and Kate will take the celebrations over to RAF Akrotiri in Cyprus to celebrate Christmas with station personnel, families living on the base, and members of the local community.

READ NEXT: Today Marks A Special Anniversary For William And Kate And Their Parenting Journey