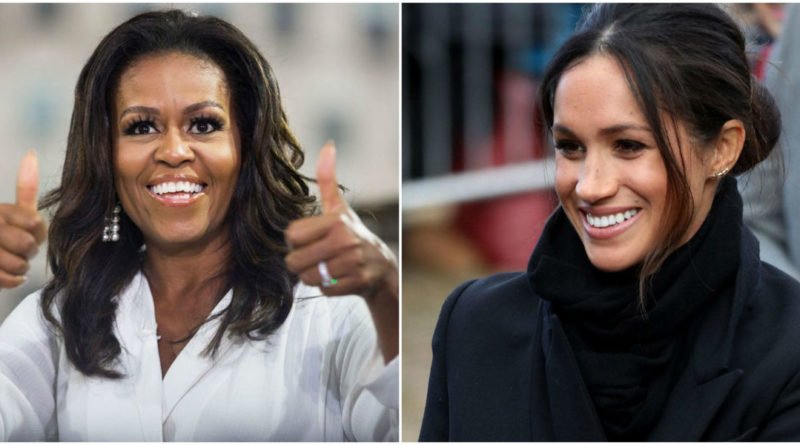 Former First Lady Michelle Obama has shown her support for the Duchess of Sussex, even give some words of advice to the former actress. While speaking to Good Housekeeping magazine, she said: “Like me, Meghan probably never dreamt that she’d have a life like this, and the pressure you feel – from yourself and from others – can sometimes feel like a lot.” She added: “So my biggest pieces of advice would be to take some time and don’t be in a hurry to do anything. I spent the first few months in the White House mainly worrying about my daughters, making sure they were off to a good start at school and making new friends before I launched into any more ambitious work.” She stressed the importance of waiting to take on any big projects and choosing them wisely. “I think it’s okay – it’s good, even – to do that…. What I’d say is that there’s so much opportunity to do good with a platform like that – and I think Meghan can maximise her impact for others, as well her own happiness if she’s doing something that resonates with her personally.”

The Obamas have a close relationship with the Prince and his wife Meghan and were expected to make an appearance at the couple’s wedding. But before the big day, it was confirmed that the President and his wife were not on the official guest list, as the couple decided that an official list of political leaders was not required for the nuptials, and instead, they chose to invite family and friends. Meghan met Barack Obama back in 2015 and is known to have been a supporter of his. She posted on her now-deleted Instagram page at the time: “Such a pleasure to meet you Mr President @barackobama #grateful.”

Michelle at moment is in the UK to promote her newly-released memoir, Becoming. She has been rumoured to be having dinner with Harry and Meghan on Tuesday evening along with other celebrities, none other than Amal and George Clooney, though it is not for certain, as the former First Lady has announced that she will be cutting her European trip short in order to attend the funeral of George H.W. Bush.

READ NEXT: William, Kate, Harry And Meghan Will Spend Christmas Together