The Cambridge family, and the royal family in general, have had quite the eventful last few weeks. From multiple birthdays of royal family members and Prince Philip’s death, Prince William and Kate finally got a breather to enjoy a family weekend with their three children.

The royal couple were seen in a new Sandringham play park on the Queen’s Norfolk estate, happily playing with their three children, Prince George, 7, Princess Charlotte, 5, and Prince Louis, 3, on a sunny Sunday.

The park shares a special connection to Kate, as the 39-year-old royal had a part in its redesign. The park underwent a major revamp that was inspired by Kate’s Back to Nature Garden at Chelsea Flower Show in 2019.

The inspiration came from the Duchess’ ideas, which encourages young children to connect and immerse themselves more in nature-and it seems that so far the park has been a great success with children, with even her own three enjoying themselves, with observers noting how happily the family were all playing together.

The kids probably loved this little outing, as Prince George and Princess Charlotte just finished their first week back to school after the Easter holidays, while the youngest Prince Louis just started nursery last week as he celebrated his third birthday on Friday.

The family finally returned to Kensington Palace after spending most of the lockdowns at their country home Anmer Hall, as their London residence is much closer to Thomas’s Battersea and Willcocks nursery, where their children go to school, as it is located only half-a-hour drive from their home.

Sandringham is two-and-a-half hour drive from London, but it seems the Cambridge family were set to spend the sunny Sunday there. Besides the close connection to the park, it looks like the whole family really enjoy the new nature-inspired adventure area.

Actually, they were among the first visitors to the park. The park area officially opened just last week on the 23rd of April, with Kate, William and their children paying a visit only two days later.

After this deserved break from everything that’s happening it is back to business. On the 29th, this Thursday, Prince William and Kate will be celebrating an important milestone-their tenth wedding anniversary. The couple officially got married at Westminster Abbey back in 2011, with Prince Harry acting as William’s best man, while Kate had her younger sister Pippa Middleton as maid of honor.

READ NEXT: William Made Touching Reference To Prince Philip During Latest Visit 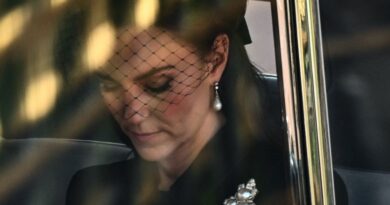 Princess Kate Paid Tribute To The Queen With A Sentimental Detail