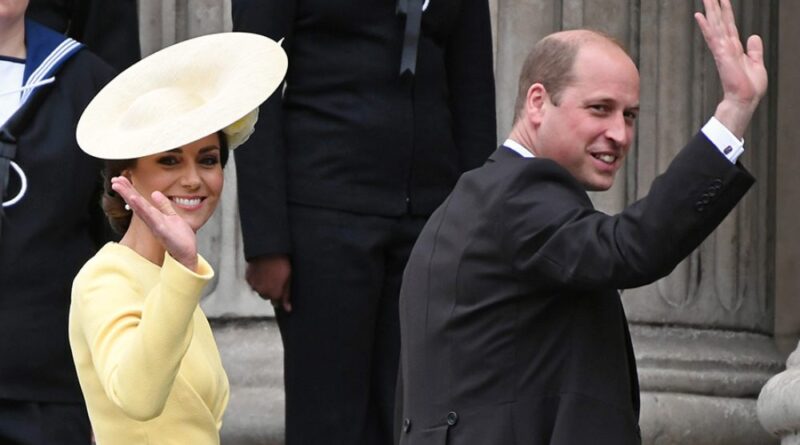 Prince William and Kate Middleton were in attendance at the special service of thanksgiving in honor of the Queen, with Prince Harry and Meghan Markle also being there, marking a long-awaited reunion of the two royal couples.

This marked the first time all four of them had been together at an event since Commonwealth Day in March 2020, which was Harry and Meghan’s final royal appearance before they stepped down from their roles as senior working royals. Now the two of them have relocated to the US and live in California, and only returned for this great milestone on Wednesday with their two children-Archie, three, and Lilibeth, who will turn one on Saturday.

When Prince William and Kate had arrived at the cathedral, Prince Harry and Meghan were already seated, so unfortunately we missed some interesting interactions there.

The service included bible readings, prayers and congregational hymns to recognize and give thanks to the Queen’s reign, faith and a lifetime of service, Buckingham Palace says.

For this event, Kate brought some sunshine on this particularly cloudy day as she stepped out in a pale yellow outfit paired with a matching hat. She finished off her look with the Bahrain Pearl Drop Earrings, a pair straight from her grandmother-in-law’s jewelry box that she has borrowed before.

Prince William, as well as Prince Harry, wore a morning suit adorned with his medals.

At the service this Friday there were several other royal family members in attendance, with the most notable thing being the abscense of the guest of honor-Queen Elizabeth. It was revealed by a statement from the palace on Thursday that the monarch would not be attending due to feeling “some discomfort” at Trooping the Colour due to ongoing mobility issues.

“Taking into account the journey and activity required to participate in tomorrow’s National Service of Thanksgiving at St Paul’s Cathedral, Her Majesty with great reluctance has concluded that she will not attend,” the statement said.

Prince Andrew, the Queen’s second son, was also not in attendance as he announced on Thursday that he had tested positive for the virus and will be in self-isolation.

The magnificent St. Paul’s Cathedral-with its famous dome-is the place where William and Harry’s parents, Prince Charles and the late Princess Diana, exchanged their vows in 1981.

On Thursday, the royal family attended Trooping the Colour and a special beacon-lighting ceremony.

Prince William and Kate Middleton, along with their three children, all took part in the procession and made an appearance on the balcony during Trooping the Colour. Meanwhile, Prince Harry and Meghan Markle followed the parade from the Major General’s Office, which overlooks the Horse Guards Parade. The Duke and Duchess of Sussex were seen chatting with a few young royals, including Zara Tindall’s kids, Lena and Mia, 8, and Peter Phillips’ daughter Savannah, 11.

Earlier this week Justin Welby, the Archbishop of Canterbury, announced that he had tested positive for the virus and will not be able to take part in the Platinum Jubilee events.

“I am deeply saddened to be missing the historic celebration of Her Majesty The Queen’s Platinum Jubilee. However, I will be praying for The Queen and giving thanks for her extraordinary seventy years of service to us all. I will also be praying for our nation at this time of celebration and thanksgiving,” he said in a statement. “May The Queen’s example bring us together in unity and care for one another.”

READ NEXT: The Funny Moment Between Princess Charlotte And Prince Louis You Missed 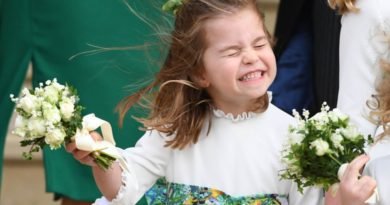