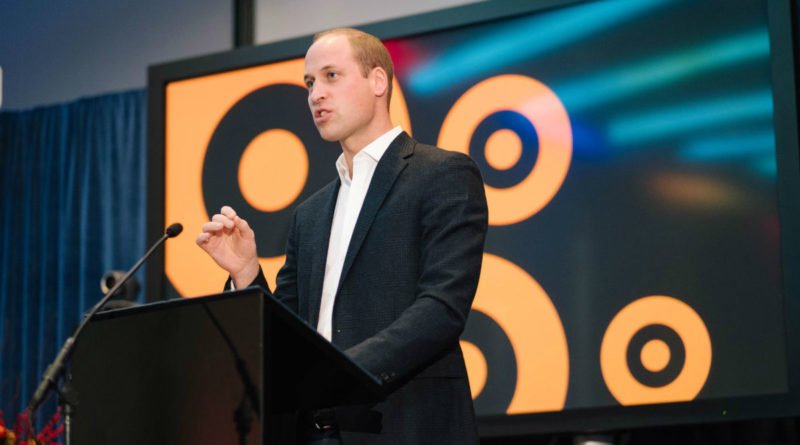 How he wants a saver cyber future for his children George, Charlotte, and Louis.

Prince William just gave one of his very best speeches to date, urging the big tech companies to do more to innovate and clamp down on the abuses that persist on their platforms.

The Prince spoke during the anti-bullying week in the U.K. on Thursday, when he talked about trolling in cyberspace, the rise of fake news and the difficulties that young people face when seeing idealized lives portrayed on social media. He told the gathered crowd at the BBC in London that tech companies should “reject the false choice of profits over values.” “You have powered amazing movements of social change. Surely together you can harness innovation to allow us to fight back against the intolerance and cruelty that has been brought to the surface by your platforms.”

He added, “And you have brought families together in ways that were previously unimaginable. Surely you can partner with parents to make the online world a safe place of discovery, friendship and education for their children.”

“You can reject the false choice of profits over values. You can choose to do good and be successful.

“You can work in the interest of the children and parents who use your products and still make your shareholders happy. We not only want you to succeed. We need you to.”

The prince said the companies — some of the biggest in the world — “are so proud of what they have built that they cannot hear the growing concern from their users.”

“And increasingly they seemed resigned to a posture with governments and regulators that will be defined by conflict and discord. It does not have to be this way.” READ NEXT: Why William And Harry Always Drive The Cars When Going To Party?

William even set up a Cyberbullying task force to fight these bullying issues online-mainly because he is the father of three himself, Prince George, 5, Princess Charlotte, 3, and Prince Louis. He worries about the effects it might have on them and their peers. He and wife Kate Middleton — who joined him at the event at the BBC — “grappled with this,  we felt a distinct absence of guidance. Should we read our children’s messages?”

“Should we allow them to have phones and tablets in their rooms? Who do we report bullying too?”

“We were making up the rules as we went along.”

“And when I worked as an Air Ambulance pilot or traveled around the country campaigning on mental health, I met families who had suffered the ultimate loss. For too many, social media and messaging were supercharging the age-old problem of bullying, leaving some children to take their own lives when they felt it was inescapable.”

William said that he knows how the internet companies and social media platforms-some of them starting in humble college dorms-have brought upon us an era of a new kind of human interaction.

“The men and women who invented and developed social media platforms are justifiably proud of the difference they have made in the world,” William said.

“We have to acknowledge that much of the early optimism and hope of social media is giving way to very real concern, and even fear about its impact on our lives.” — The Duke of Cambridge #AntiBullyingWeek pic.twitter.com/75cBTvTAgm

“They have achieved extraordinary things and created connections across borders, generations and cultural divides that were unimaginable at the turn of the century.”

“I believe we are stronger when we are connected and more successful when we can understand each other’s experiences.”

“We all have to acknowledge, though, that much of the early optimism and hope of social media is giving way to very real concern, and even fear about its impact on our lives.

“We have seen that the technology that can allow you to develop an online community around a shared hobby or interest can also be used to organize violence.

“The platform that can allow you to celebrate diversity can also be used to cocoon yourself in a cultural and political echo chamber.” William launched this action plan back in November 2017, which has been accessing the current digital landscape for the past year and the results aren’t that great.

“I am worried though that our technology companies still have a great deal to learn about the responsibilities that come with their significant power.”

“I say this not in anger. Again, I believe that our tech leaders are people of integrity who are bringing many benefits to our lives and societies.”

“I am very concerned though that on every challenge they face – fake news, extremism, polarization, hate speech, trolling, mental health, privacy, and bullying – our tech leaders seem to be on the back foot.”

READ NEXT: Harry And Meghan Also Went To BBC The Same Day As William And Kate! And We All Missed Them!