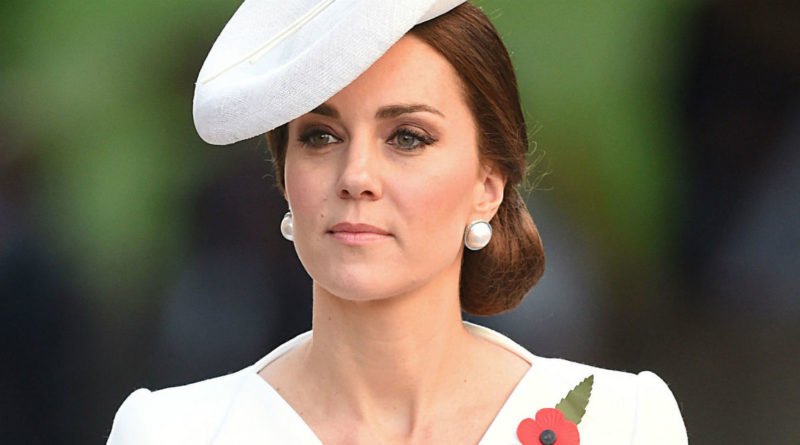 The Duchess of Cambridge is set to welcome her third child next month. And apparently, she will have to follow a set of birthing rules that have been in Royal family for decades.

We already know that the Royal Family have a rule or tradition for everything. Well, that applies also to when a baby is born. They have a set of customs they follow when any child is born: like who is allowed in the birthing room. Or how they will announce the birth of the baby.

So here are the 5 Birthing Rules Middleton Kate Has To Follow:

1.The Queen Has To Be The First Person To Hear The News When a baby is born into the Royal family, Queen Elizabeth must be told first before it is officially announced.

According to reports, when Kate gave birth to Prince George, Prince William rang to the Queen, on an encrypted phone, to tell her the news.

The announcement about the new family member has always been on an easel outside Buckingham Palace.

And it is nothing strange to us that William and Kate broke tradition, and announced Prince George’s birth on Twitter.

Queen Elizabeth followed traditions. She gave birth to all her children in Buckingham Palace.

However, Princess Diana broke this rule. Diana gave birth to both William and Harry at London’s St. Mary’s Hospital in the private Lindo Wing.

Kate Middleton also gave birth to George and Charlotte in hospital. But, for her third child, it is believed that she will deliver it at home in Kensington Palace.

Well, we’ll just have to wait and see whether she’ll follow the tradition or not.

3. The Fathers Are forbidden to Be In The Birthing Rooms

Well, after Prince Charles was born, this rule has been a little bit relaxed. But earlier, giving birth was considered only a female event. So, the dads were not allowed in the delivery room. 4. The Town Crier Makes The Announcement To The Public

The town crier is now Tony Appleton. He announced Prince George’s and Princess Charlotte’s births to the public.

This tradition started because people couldn’t read or write.

5. Midwives are sworn to secrecy

It is not allowed for the midwives to reveal any information about the royal birth. They are present for it, and what happens there stays there. They are sworn to secrecy.

But, it’s thought that when Kate Middleton gave birth to Princess Charlotte there were tree midwives.

Prince William Revealed The Worst Gift He Has Given Wife Kate