At the moment the line of succession for the British throne goes Prince Charles, then his eldest son Prince William, with his three children George, Charlotte and Louis, being third, fourth and fifth in line respectively. Prince Harry is sixth in line, with his son right behind him, however, with the Duke and Duchess of Sussex leaving the royal family and trying to make their own path, it is highly unlikely that they gave the throne much thought at all.

With their father Prince William set to become king one day, big changes are set to happen, much more compared to when their grandfather Prince Charles becomes king. One thing that will be very different according to royal experts is that all of their royal titles will change drastically. And in that situation Prince George leaves the real winner, while Charlotte and Louis leave with nothing.

Marlene Koenig, royal expert, talked about this with Express.co.uk, explaining how the titles will be changing as the monarchs change.

“The first day Charles is king, the children will be Prince George, Princess Charlotte and Prince Louis of Cornwall and Cambridge”, she revealed.

“Once their dad is Prince of Wales, they become George of Wales, Charlotte of Wales, Louis of Wales.

“Then when their dad is king, George will become Duke of Cornwall and then, of course, Prince of Wales”, she continued.  “But Charlotte and Louis will be of nothing.”

While this might seem dramatic, Marlene explains how this is how things have worked for a long time, as the way royal titles work has been a long time ago.

“The ‘the’ is only for the children of the sovereign”, so it’s understandable that the two would lose the ‘the’ in their royal titles, just like how the Queen’s for children have also gone through the same thing.

“When Charles is in Scotland, he is known as His Royal Highness, the Prince Charles, Duke of Rothesay”, she said.

“For example, Anne was Her Royal Highness The Princess Anne, until she was created Princess Royal.

“Same for Andrew and Edward until they got their peerages”, she declared.

So as the monarch change and Prince George comes closer to the throne, so will the titles of the three Cambridge children change. But the titles changes aren’t the biggest thing the trio should be worried about.

READ NEXT: Why Prince William And Kate Look More In Love Than Ever Before 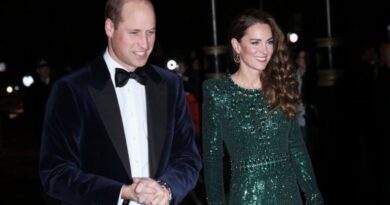 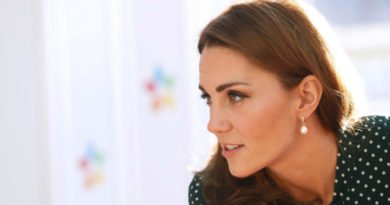 What Will Prince William Do First When He Becomes King