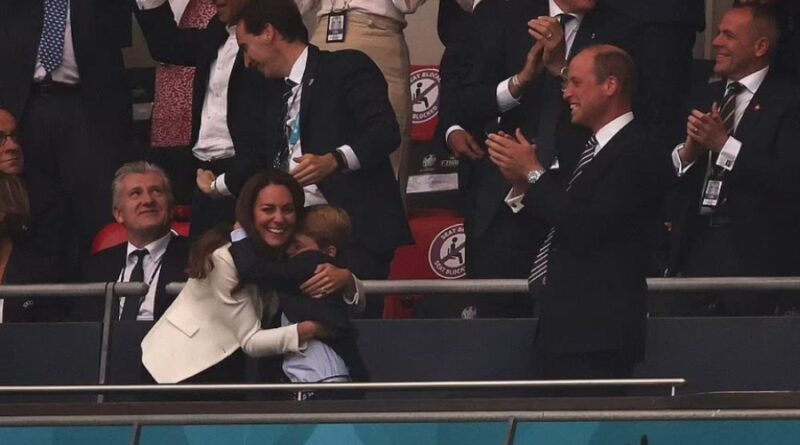 Prince William and Kate’s eldest child, Prince George, is somehow set to turn eight on Thursday 22 July. And of course, it would not be a proper birthday celebration without a cake.

During a festive appearance on TV chef Mary Berry’s BBC Christmas Special A Berry Royal Christmas, Kate proved she was very much a hands-on mum when it comes to celebrations.

“I love making the cake,” she shared. “It’s become a bit of a tradition that I stay up ’til midnight with ridiculous amounts of cake mix and icing and I make far too much. But I love it.”

So, mom Kate could get Charlotte and Louis to help her with George’s sweet treat. But we wonder whether George’s birthday cake will be football-themed.

The young Prince George is a keen football fan and joined his parents for two Euro 2020 England games at Wembley Stadium earlier this month.

Back in 2019, for George’s sixth birthday, William and Kate invited all of his Thomas’s Battersea classmates over for an “action-packed, after school” football-themed bash before the Cambridges jetted off to Mustique.

The entire birthday party was all about football. So, that may be where mom Kate took those photos of Prince George in his England Lionesses jersey.

As a tradition, Prince William and Kate release official portraits of their children each year to mark their birthdays.

Bit, following harsh comments after George’s appearance at Euro 2020 final, royal biographer Angela Levin thinks that the couple might not release a photograph this year.

Speaking on True Royalty TV’s Royal Beat, she said: ‘There are rumours that we might not see the photograph [of Prince George] when he’s eight, because they’ve been so upset by the rudeness of people mocking a little boy aged seven, and I hope they can overcome that.’

READ NEXT: Why William And Kate Will No Longer Wear Mask During Engagements