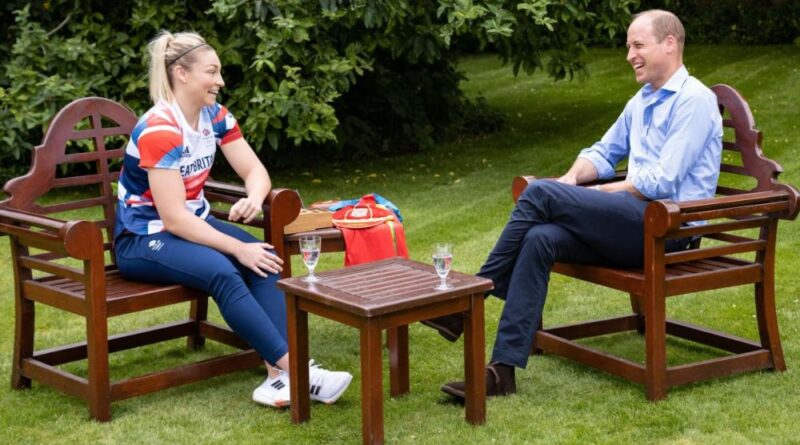 The Duke of Cambridge recently sat down with Team GB boxer Lauren Price at Kensington Palace for an interview with BBC Sport, with a special birthday twist.

The Duke presented Price with a personalized cake to mark her 27th birthday before she departs for the Tokyo 2020 Olympic Games.

It was a fondant-covered cake in the shape of a boxing ring and featured two red marzipan boxing gloves, with lettering that read “Happy 27th Birthday Lauren + Good Luck!”

William placed the personalized dessert on the table with a smile and said: “I hope it tastes alright but you can take it home with you, you don’t have to eat it all now!”

“Happy Birthday for today and hope you have a good day. We’ll all be wishing you well, Lauren, and cheering you on. You’ll do us very proud in the Olympics, I’m sure, and you’ll do everyone proud in your hometown, and your grandparents as well, so best of luck!” he added.

Price has won kickboxing world titles as a teenager and played international football for Wales before switching to boxing in 2014. In 2019, she won gold at the World Championships and European Games, and is also the reigning Commonwealth Games champion and ranked world number one.

Lauren is originally from Ystrad Mynach, Wales, where she was raised by her grandparents Derek and Linda Price, sadly Derek passed away last November. She will now become Wales’ first female boxer to compete at the Olympic Games.

Lauren spoke about her early boxing career when she had to balance training with her job as a taxi driver and about her determination and dream to one day compete at the Olympics.

William asked Lauren how her grandmother will support her while she’s away in Tokyo for the Games, she revealed that her Nan sends her inspirational text messages, adding: “She’ll remind me how hard I’ve worked over the years and how much my dreams mean to me. She always used to say to me ‘reach for the moon, if I fall short, I’ll land on the stars and that’s something that’s always stuck with me.”

Lauren’s grandmother, Linda, said: “It’s just sad that her grandfather is not here to see it because he would have been the proudest man in the Valley.”

Lauren then told the Duke: “It’s something I take with me in the ring, I know he’s always looking down on me.” 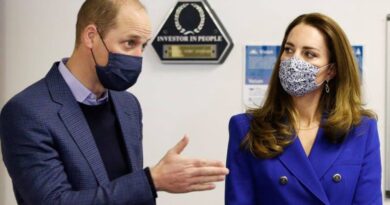