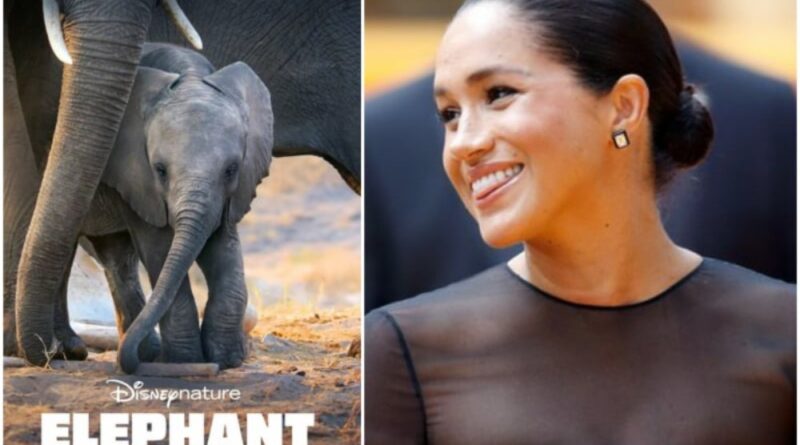 Prince Harry and Meghan Markle will officially stop being royals on March 31. They have already made their last public royal engagement and have cleared up things back in London. At the moment they are in self-isolation on Vancouver Island in Canada. But what will their non-royal future look like?

Well, it seems  Meghan has it already figured out, as she has narrated Disneynature’s Elephant documentary. The announcement came from their official Instagram account on Thursday. The film will debut on Disneys own streaming platform Disney+ on April 3rd. The service offers a seven day trial for free when you sign up if you want to check it out.

This is not new, as earlier this year it was revealed that Meghan had signed a voiceover deal with Disney to narrate the film, in return for a donation to a wildlife charity, Elephants Without Borders. The trailer for the upcoming show, titled simply Elephant, reveals that it “follows one family’s extraordinary 1,000-mile journey across African on an adventure that will change their lives.” The voiceover was recorded sometime in autumn 2019 right before she and Prince Harry went on their six-week Christmas break in Canada at the end of last year.

We know of Meghan’s aspirations way before, as at the premiere of Disneys live-action The Lion King in July, Prince Harry met with Disney CEO, Bob Iger and discussed the whole thing. During the ‘pitch’, the Prince could be heard telling Mr Iger: “You know she does voiceovers?” while gesturing towards Meghan, who is stood next to him in conversation with Beyonce and Jay-Z. “Oh really? I did not know that,” the Disney chief replies. “You seem surprised,” Harry responds, before adding: “But yeah, she’s really interested.” The conversation concludes with Mr Iger telling Harry: “Sure, we’d love to try.”

When the Sussex made their decision to leave the royal family public in January, the announcement shocked the entire world. After a couple of talks with the Queen, the Prince of Wales and the Duke of Cambridge, the couple agreed to a 12-month review period starting from 31 March to see if the arrangements worked for both parties.

As per the agreement, Harry and Meghan will keep their HRH titles but will not actively use them. Any other information on what their plans are for themselves and for their charities is still unknown, but we will see how things unfold in the next couple of months.

READ NEXT: How William And Harry Found Out Prince Chares Has Coronavirus 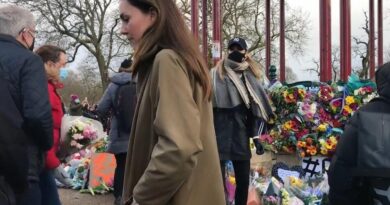