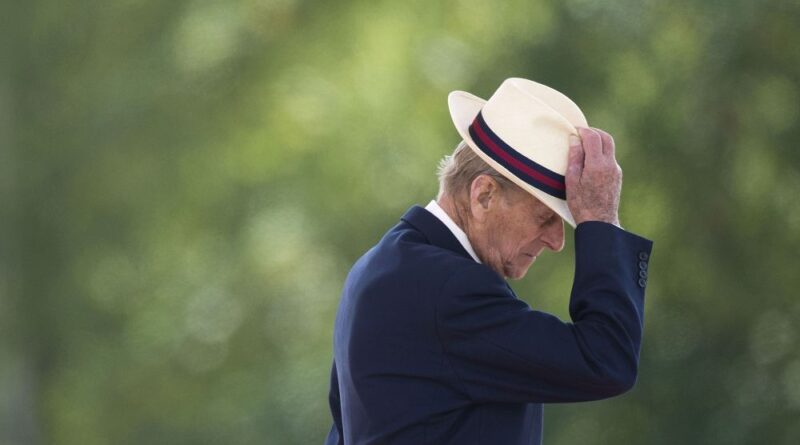 With the news of Prince Philip death going around the world, arrangements for his funeral are being made. The Prince passed away at the age of 99 on Friday morning in Windsor Castle.

Due to the restrictions still in place due to the global pandemic the funeral will not be a state funeral with no public. The late royal will be laid to rest at Windsor Castle, in line with his wishes, with a ceremony at St George’s Chapel taking place beforehand.

“The funeral arrangements have been revised in view of the prevailing circumstances arising from the COVID-19 pandemic and it is regretfully requested that members of the public do not attempt to attend or participate in any of the events that make up the funeral.”

Usually state funerals are reserved for the sovereign, so according to protocol the ceremony should be honored with a ceremonial royal funeral, being the Queen’s consort, just like it was for Queen Mother back in 2002.

Prince Philip had already drew up details about his funeral and wanted to be a low-key ceremony. It has been known that the Queen had already signed off on his pans, with the official announcement arriving in the coming days.

Buckingham Palace have since said in a statement: “With the safety and wellbeing of the public in mind, and in accordance with Government guidelines, members of the public are asked not to gather in crowds. Those wishing to express their condolences are asked to do so in the safest way possible, and not to gather at Royal Residences.

“During this time the Royal Family ask that members of the public consider making a donation to a charity instead of leaving floral tributes in memory of The Duke of Edinburgh.

“An online Book of Condolence for those who wish to leave messages is available on the Royal website (www.royal.uk).”

HOW WILL THE STILL ONGOING CRISIS CHANGE THINGS?

With the global health pandemic still at large, the ceremony will no doubt be affect in many ways. With all the restrictions in place from the government, the public elements of the farewell will not be able to take place in their original form.

If things were normal, with the earlier agreements thousands of people would flock to London and Windsor to pay respect to him, with some fans camping overnight to get the best vantage points, as there was a military procession planned for Philips’ coffin on the day of his funeral.

The original plan was for the coffin to be travelled to Windsor by Range Rover, with the cortege making its way along a processional route in Windsor to the castle, and St George’s Chapel for the funeral service. The routes were to have been lined with hundreds of members of the armed forces, representatives from the many organisations of which the duke had been patron, and well-wishers.

WHAT WILL HAPPEN DURING THE QUEEN’S EIGHT DAYS OF MOURNING?

The Queen and her children will be entering a period of mourning for the patriarch, which could last several weeks.

Any official engagements will be postponed, although most of them being online, with only a few carrying on, however that depends on the wishes of the monarch. If it were normal times, all royal engagements would be cancelled, except for those of charitable causes.

With the death of a royal and with the period of national mourning, all Union flags will be flow at half-mast on royal buildings where the monarch is not in residence.

It has been revealed that all the official flags will be flow at half-mast, including the Union flag, from 8am on the day following the funeral.

This includes all flags, such as the Union flags, as well as the flags of home nation, ensigns and ships’ colors to also be flown at half-mast during the overnight of this period.

The Duke of Edinburgh, Prince Philip, was the longest serving consort of British Empire, with him passing away after multiple health complications during the current year.

The Queen and the Duke of Edinburgh were married for more than 70 years, with Prince Philip dedicating most of his time to the service of the royal family, serving the nation and the monarch’s side.

Due to health reasons he had to retire from royal duties back in 2017.

The Palace said in a statement: “It is with deep sorrow that Her Majesty The Queen announces the death of her beloved husband, His Royal Highness The Prince Philip, Duke of Edinburgh.

“His Royal Highness passed away peacefully this morning at Windsor Castle. Further announcements will made in due course. The Royal Family join with people around the world in mourning his loss.”

A memorial service for the prince might be held at a later date, as soon as the global health crisis has ended.