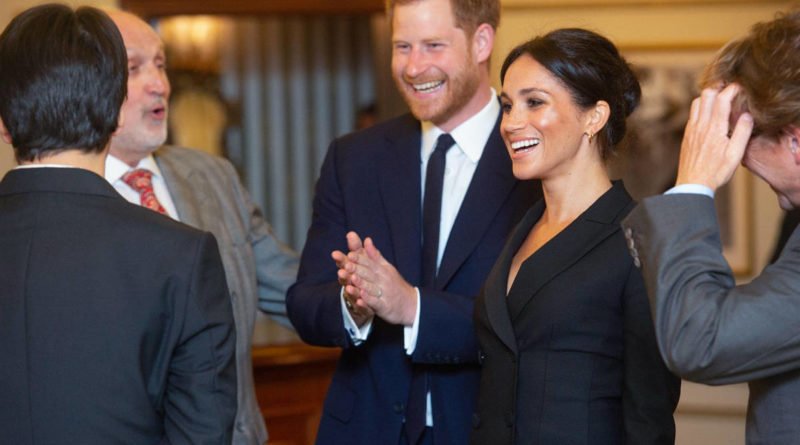 Harry and Meghan stepped out for one of the most emotional events of the year on Tuesday.

The Duke and Duchess of Sussex attended the @WellChild Awards. The event is being held at The Royal Lancaster Hotel, London. It is Meghan’s first time attending.

The couple had the chance to talk with a few of tonight’s winners, including Matilda, McKenzie, and Cameron.

MckenzieBrackley, four, was at the event to pick up the Inspirational Child (4-6) years Award for brave battle with Acute Flaccid Paralysis. In a conversation with Harry and Meghan, he told them that he didn’t like the cameras.

And the royals agreed with him. Mckenzie’s mum said: “They were so lovely. They knew he(Mckenzie) was scared of the cameras and they said they didn’t like the cameras either so they turned around. They said he was amazing and to keep going the way he is going and told him to look after me. He’s never going to forget this, even though he’s only four.”

Winner Matilda gave Duchess Meghan a beautiful posy. Meghan then picked out a yellow rose and gave it back to the seven-year-old to keep.

READ NEXT: Meghan Markle Makes A Rare Compromise On A Major Part Of Her Royal Tour Wardrobe

According to Matilda, sweet Harry made her “pinky promise” to never stop smiling.

Prince Harry has been a patron of WellChild since 2007. It honors the inspiring qualities of some of the UK’s seriously ill young people and the outstanding work of health, social care, and education professionals. The Duchess channeled Princess Diana in a striking black trouser suit blazer by Altuzarra. She completed her outfit with a blouse designed by Deitas, black stiletto heels and matching the clutch bag. Harry has opted for a blue suit.

The fans compare her outfit to the black suit Princess Diana was pictured wearing as she left Heathrow Airport for New York.

She was heading to Washington for engagements at the White House and the Nina Hyde breast cancer gala on 23rd September 1996.

There are rumors that the pair of diamond and pearl earrings that Meghan wore are a gift from Queen Elizabeth II.

READ NEXT: What Meghan Got From Prince Harry Just Before Going Public With Their Relationship 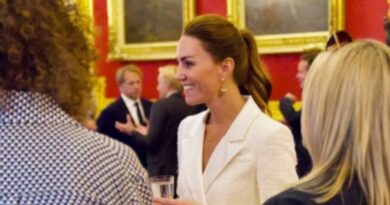 Prince Charles Talks About ‘Broken Promises’ To His Grandchildren