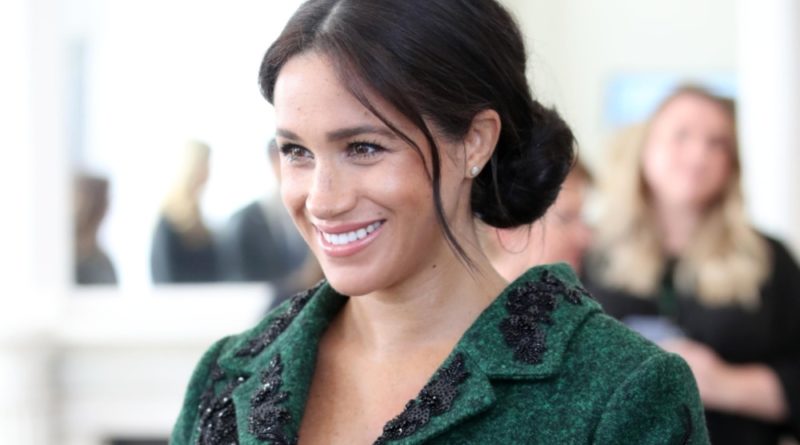 Prince Harry and Meghan Markle’s first child is due to arrive very soon. As her baby’s due date is getting closer and closer, the Duchess of Sussex is making the most of her time before the arrival of her first child.

Even with having just entered her eight month, the Duchess is not slowing down, regularly going to royal events and engagements, her most recent one being one away from the limelight on Tuesday. For the engagement the 37-year-old, who is the Patron of the Association of Commonwealth Universities, met with Dr Joanna Newman, who is the Chief Executive and Secretary General of the ACU.

The private engagement comes as Prince Charles hosted a star-studded dinner at Buckingham Palace to celebrate his Prince’s Trust. The event was filled with celebrities, such as Josh Hartnett, his wife Tamsin Egerton, Chiwetel Ejiofor, Benedict Cumberbatch, Luke Evans, as well as Amal and George Clooney, who are close friends to Prince Harry and Meghan Markle.

It was a busy night for the royal family, as Meghan’s sister-in-law Kate Middleton, Duchess of Cambridge also attended a black-tie gala at London’s National Portrait Gallery. There the Duchess mingled with the likes of David and Victoria Beckham, Kate Moss, Jourdan Dunn and Alexa Chung.

This isn’t the only event this week that included more than one royal, as the Royal family gathered on Monday for the traditional Commonwealth Day service at Westminster Abbey. And Meghan  and Prince Harry have been part in all of it. And they still have much to do until the baby finally arrives. They have a planned move from the busy Kensington Palace to the much more peaceful Frogmore Cottage in Windsor.

Meghan will most likely go on maternity leave soon, as her date is said to be around late April or early May, and if we judge by Kate’s previous pattern, the Duchess of Sussex will most likely leave one month before her due date. When Kate was pregnant with Prince Louis last year, she carried out her final engagement on 22 March, attending a SportsAid event in London’s Olympic Park.

Kate went on to welcome her third child Louis around one month later, on 23 April. If Meghan were to follow suit, then her maternity leave is likely to start at the end of March.

READ NEXT: Why Meghan Didn’t Wear Her Engagement Ring On Commonwealth Day?