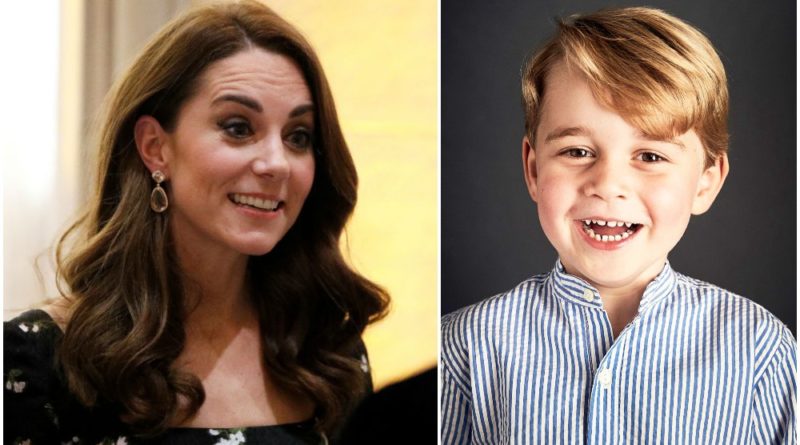 After spending the morning with babies and their parents at Henry Fawcett Children’s Centre, Kate headed out for her second outing of the day.

On Tuesday night, the Duchess of Cambridge attended the 2019 Portrait Gala which was held at the National Portrait Gallery in London. The royal mom was so inspired by the event, that she is now considering taking her oldest son, Prince George there.

Savanna Achampong, a forum member, revealed her conversation with Kate.

“Kate said she was thinking of bringing George here. She said that maybe she could speak to us so we could recommend what paintings they should come and see.

“She was really genuine and down to earth, really nice.”

For the occasion, Kate opted for a black, floral Alexander McQueen gown. The dress was very similar, if not the same gown, that she wore to the Baftas in 2017. The difference were the capped sleeves added to the off-the-shoulder dress this time around.

She wore her hair down and carried a black satin clutch bag. Tonight, she was in vibrant mood as she mingled with stars like David and Victoria Beckham, Naomi Campbell, Kate Moss and Bianca Jagger. Princess Beatrice, was also in attendance alongside her boyfriend Edoardo Mapelli Mozzi, marking their debut public appearance.

The event was being hosted by Dr Nicholas Cullinan and Edward Enninful to raise funds for the National Portrait Gallery ‘Inspiring People’ project.

Duchess Catherine is also a keen photographer, and an Honorary Member of the Royal Photographic Society. Actually she has always had a passion for art, and even studied History of Art at university. Furthermore, she has been encouraging her kids also to get creative with arts and crafts. During a recent engagement at a primary school, Kate said that George told her: “Mummy I’m going to draw a picture,” adding: “That’s what’s so nice you can do it from all around you.”