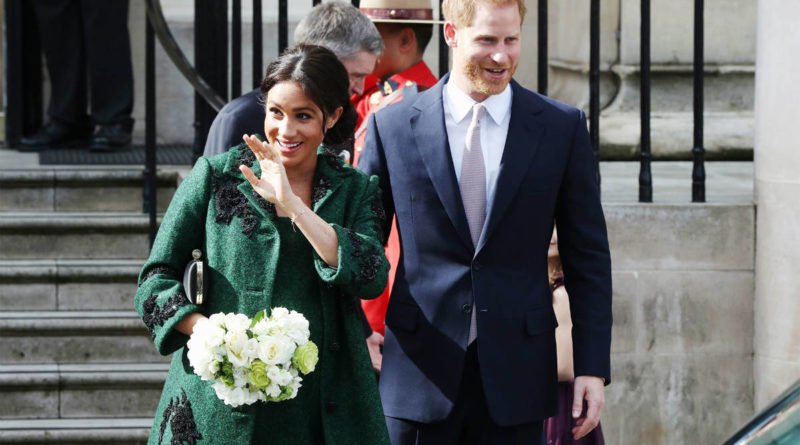 Meghan Markle and Prince Harry attended a special event to celebrate the Commonwealth, which marked the first appearance of the Duchess of Sussex in her new youth role.

We got to see the Duke and Duchess of Sussex, and her blossoming baby bump, at the Commonwealth Day youth event in Canada House, London. The Duchess stunned the gathered crowd as she stepped out of the car wearing a dark green Erdem coat dress and black stiletto heels. To finish off her look, the Duchess went with a black clutch and for hairstyles, she went with the reliable messy bun hairstyle. The Canadian-Turkish designer Erdem wasn’t the only one honoured by Meghan’s choice of outfit, as it was also a touching tribute to her mother Doria as well.

The dark green Erdem coat dress, a step out of Meghan’s usual casual style, features embroidery with the same name as her mother. A spokeswoman for Erdem said in a statement that the appliqué was called “Doria beaded rose embroidery”.

Meghan is very close to her mother Doria Ragland, despite her living in Los Angeles. She is the only member of the family that still supports and contacts with as the rest of Meghan’s family have turned on her. Doria has always supported her daughter, going so far to fly over to London to support her in her first project as Duchess of Sussex, when she launched the Together cookbook for the Grenfell Hubb Community Kitchen.

During their trip to Australasia, Meghan and Harry made a quick stop to visit Doria in secret.

A source told the Sun: “Meghan is a mommy’s girl — their special mother-daughter bond hasn’t disappeared just because she’s moved to England.

“They are forever in touch.

“And Meghan has been here to stay on more than one occasion since going public with Harry.

“I even saw him here once, but it’s not my place to say any more.” On Friday, Meghan was made the vice president of the Queen’s Commonwealth Trust, just on International Women’s Day and with that joins her husband Harry, who is president. The goal of the charity is to fund and connect young leaders around the world and only continues the Duke and Duchess of Sussex’s quest of championing young people.

At the event, Meghan and Harry were welcomed by Canada’s High Commissioner to the UK Janice Charette, and the couple continued in the lobby of the building overlooking Trafalgar Square to sign a visitors’ book as a way to mark the start of their visit. There they met with young Canadians to talk about their experiences working in London in the fashion, arts, business and academic sectors, as well as young entrepreneurs. The couple also had some fun with children in making maple taffy sweets. They were also gifted with gifts for their unborn child, such as tiny moccasin boots, handmade by indigenous artists in Canada. The pair of shoes cost around £43 (CA$75). They were also handed a baby grow with a maple leaf and some wooden sons and a hat.

Harry attracted some laughs when he sniffed the shoes to smell the leather. Before leaving from the event, Meghan was presented with a number of posies from children.

Meghan has a personal connection to Canada, living there for quite some time because her legal drama Suits was filmed there.

In the afternoon, Harry and Meghan will join up with Prince William and Kate, as well as the Queen and other members of the Royal Family and will go to the Commonwealth Service at Westminster Abbey. This year marks the 70th anniversary of the Commonwealth. In the Queen’s message to mark, Commonwealth Day the head of state has praised how the family of nations inspires its member states to find ways of protecting the planet and its citizens.

Millions of people are “drawn together” because of the collective values shared by the institution, the Queen said in her address to the 53 countries of the Commonwealth.

Speaking of Meghan’s new role with the Queen’s Commonwealth Trust, the organisation said: “In this new role, The Duchess will highlight the Trust’s partnerships with young people across the Commonwealth, and in particular its work supporting women and girls.” Lord Geidt, the Chairman, said: “The Queen’s Commonwealth Trust is thrilled to welcome The Duchess of Sussex as its Vice-President. The support and encouragement which Her Royal Highness will bring to the young leaders with whom we work promises to have a profound effect.

“We are enormously grateful to The Duke and Duchess of Sussex for this signal of commitment they are making to our work, helping The Queen’s Commonwealth Trust to pursue its ambitions right across the Commonwealth and beyond.”

Nicola Brentnall, the chief executive, said: “We are particularly delighted that the first opportunity of formally working together with Her Royal Highness comes on International Women’s Day. “This squares perfectly with our focus on amplifying the work and contribution of those furthest away from power.

“Women across the Commonwealth and the globe often face the biggest impediments to success. So we are delighted to have our Vice-President’s support in helping others to overcome those obstacles.”

Later this evening Prince Charles and Camilla are attending the Commonwealth Day reception at Marlborough House.

READ NEXT: Meghan Was Caught Laughing As She Shared Private Joke With Prince Charles 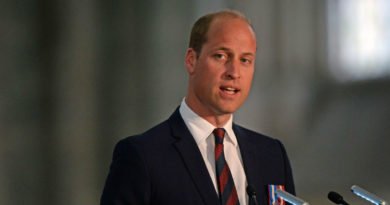