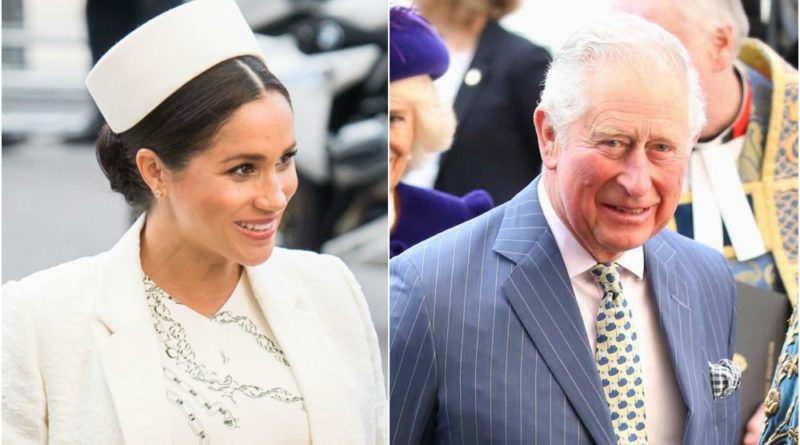 The Duchess appeared to enjoy a joke with Prince Charles at Westminster Abbey to celebrate the Commonwealth Day Service.

Meghan stood next to Harry and William and shared a joke with Prince Charles. She can be seen sharing a joke with the him and laughs out loud after he said something funny to her.

Meghan and Harry stepped out at Westminster Abbey for the service which commemorates the 53 countries in the Commonwealth.

The Duchess of Sussex wore a cream coat and Victoria Beckham dress, with matching hat.

This was their second engagement of the day. Previously they spoke to young Canadians at Canada House in London as part of their work with the Queen’s Commonwealth Trust.

It champions young people and The Duchess was made vice-president of the organization last Friday, on International Women’s Day.

The Duke and Duchess of Sussex were the first senior royals to arrive at Westminster Abbey for the service. They were followed by William and Kate, then Charles and Camilla and finally the Queen, accompanied by the Duke of York.

The Duchess of Cambridge wore a red Catherine Walker coat dress and matching hat by Gina Foster which Kate wore on a New Zealand tour.

The Queen attended the event without her husband Prince Philip, who retired from royal engagements in 2017. Her son, Prince Andrew, accompanied her.

The Commonwealth has an important part in the Queen’s public life, who dedicated herself to the empire on her 21st birthday in 1947.

That day, the then Princess Elizabeth, said: “I declare before you all that my whole life, whether it be long or short, shall be devoted to your service and the service of our great imperial family, to which we all belong.”

When she arrived and looked at her grandsons and their wives, Kate and Meghan both curtseyed while William and Harry bowed their heads. Earlier in the day Meghan and Harry met young Canadians who are forging ahead in the fields of fashion, tech entrepreneurship, business and the arts as they celebrated Commonwealth Day.

They visited Canada House to attend the event which showcases the best Canadian talent in the UK. 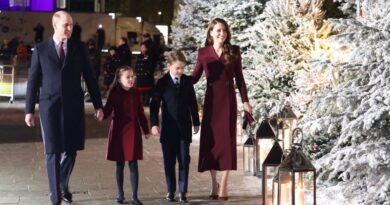