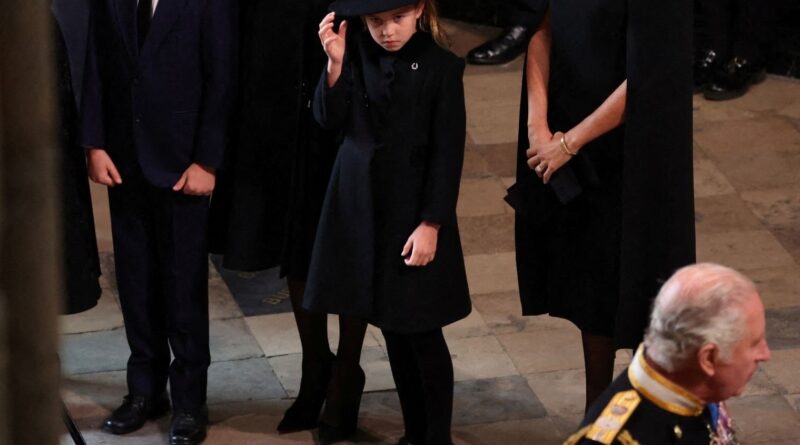 Princess Charlotte joined her parents, Prince William and Kate Middleton, and her brother Prince George, as the four of them attended the state funeral of Her Majesty Queen Elizabeth II. All four of them were dressed in black outfits, with the six-year-old paying a sweet tribute to her great-grandmother with her choice of accessory.

On her outfit, the little royal wore a diamond brooch in the shape of a horseshoe. This small item, the first significant jewellery for Princess Charlotte, pays tribute to the Queen as she was well known for her passion for both horses and horse racing, a passion that started at the young age of three with her first riding lesson.

Broadcaster Clare Balding talked about the sweet reason behind the Queen’s love of horse racing in a recent interview. While talking on the BBC during the Queen’s final journey from Northolt to Buckingham Palace, Clare said: “The Queen’s passions were horses and dogs.

“Racing was the passion she shared with the public. The Queen loved to go to the stables to see horses on gallops in the morning and talk to all the grooms.”

Besides being a very solid horse rider during her younger years, the Queen also established herself as a veritable racehorse breeder. The monarch owned over 180 horses and ponies, kept at various royal residences, with a majority being located at Balmoral and Sandringham.

Many of her thoroughbreds have gone on to win impressive titles, with her becoming the first reigning monarch to win Royal Ascot’s Gold cup back in 2013, winning the title and making sports history with her thoroughbred-Estimate.

This tribute by Charlotte comes as the royal family reunited this Monday morning go give their respects and say their final goodbyes at Queen Elizabeth II’s funeral.

The young royal was seen arriving at Westminster Abbey alongside her mother, holding hands as they entered the church.

Others that were present and part of the funeral procession that walked behind the coffin included the likes of King Charles III, Prince Edward, Prince Andrew and Princess Anne, and her Majesty’s grandchildren Prince William, Prince Harry and Peter Phillips.

Following the service, the coffin will be taken in procession from Westminster Abbey to Wellington Arch and then travel to Windsor.

When it arrives, there will be another procession as the coffin travels to St George’s Chapel at Windsor Castle via the Long Walk, after which a televised committal service will take place inside the chapel.

READ NEXT: Prince George and Princess Charlotte’s duties and outfits for the Queen’s funeral 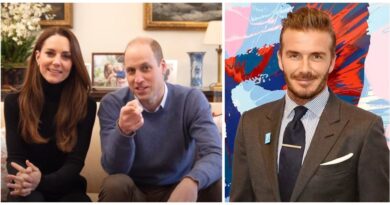