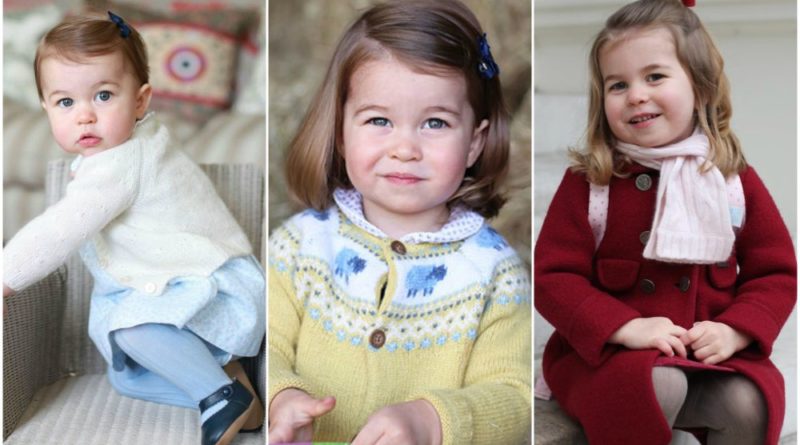 Today, on May 2, 2018, is Princess Charlotte’s third birthday. Like many children, on their special day, she will be showered with love and gifts. William and Kate’s daughter goes to Willcocks Nursery School. Every child that’s enrolled at the prestigious school, for its birthday, it’s typically given a cake for the whole class to share. And the same goes for the three-year-old princess.

Of course, she will have one more birthday party with her family. After Princess Charlotte comes back from school, the Royals will mark her special day in private after. Most probably the parents have organized a small party at their home considering they tend to keep things private.

Kate Middleton has opened up about Charlotte’s second birthday. As she explained, the family had a small birthday party. And the sweetest thing of all is that Charlotte even sang happy birthday to herself. Kensington Palace also released an official portrait of the little girl for her birthday.

It has become a tradition to release new photos of the royal children on their birthdays since the public sees them only a few times a year.

However, this year, William and Kate decided not to share a new photo of Charlotte.

“William and Kate won’t want to overexpose their children. They have never been entirely conventional so I imagine they might release a photo in their own time, and it might be one Kate takes herself,” royal expert Penny Junor told Elle UK.

“A photo to commemorate the new baby’s birth is hardly excessive, however, and I would say, for historical purposes, it is important for there to be one.”

However, we hope that soon the royals will treat us to a new family photo to celebrate the birth of Prince Louis.

SEE ALSO: Why Prince William And Kate Won’t Be Sharing Photos Of Princess Charlotte On Her Birthday