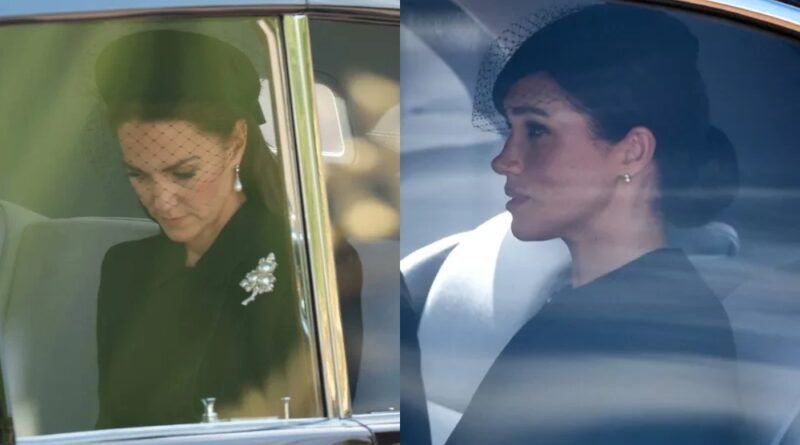 Kate Middleton, the new Princess of Wales, and Meghan Markle, the Duchess of Sussex, have made their way from Buckingham Palace to Westminster Hall on Wednesday, where a service was held in honor of Queen Elizabeth.

Kate rode with Queen Consort Camilla, King Charles’ wife – with Her Majesty’s passing they are now the two highest ranking women in the Royal Family.

Meanwhile, Meghan, the Duchess of Sussex, rode with Sophie the Countess of Wessex, Prince Edward’s wife.

Also participating in the procession were the Queen’s cousin Prince Richard the Duke of Gloucester and the Queen’s nephew David Armstrong-Jones the Earl of Snowdon, along with members of the Queen’s staff.

After the procession a short service was held at Westminster Hall, lasting around 20 minutes, led by the Archbishop of Canterbury.

Her Majesty Queen Elizabeth II will now lie in state in Westminster Hall for the next five days. Hundreds of thousands of her loyal subjects are expected to pass through Westminster Hall, paying their respects, leading up to the funeral on Monday, September 19.

We saw Kate and Meghan, along with their respective Princes, viewing tributes left outside Windsor Castle and greeting the crowds gathered there.

Prince William said that their walkabout “was an important show of unity at an incredibly difficult time for the family,” a royal source shares. 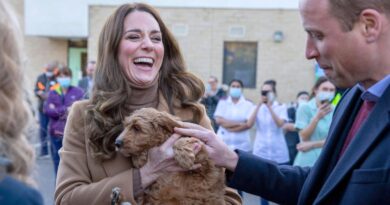