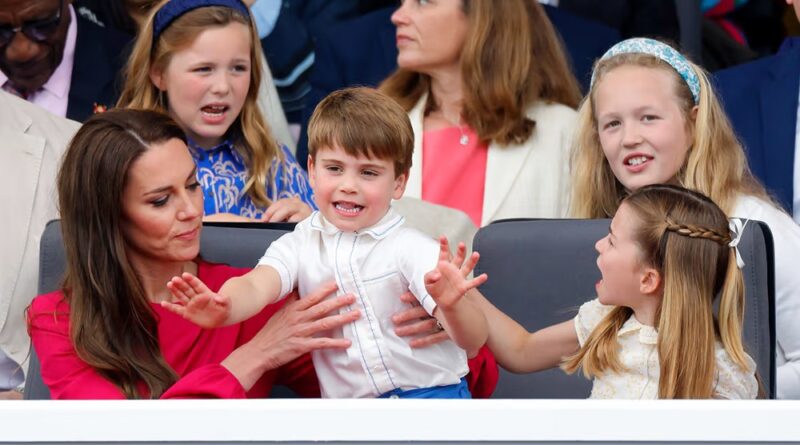 While many of us were enjoying the Platinum Jubilee Pageant, the Duchess of Cambridge had her hands full and was unable to fully appreciate the Pageant. On one occasion Kate had to, as subtly as she can, scold Princess Charlotte who had intervened when her little brother Prince Louis’ waving had gotten a bit too enthusiastic.

The young Prince has also tried to casually, well as casually as possible, lay back and put his feet up on his sister’s lap. Charlotte, however, continued to be unamused and pushed Louis’ leg off of her lap.

In the clip from Sunday’s event the Duchess of Cambridge is then seen turning to Princess Charlotte and saying: “Charlotte, yes I know.”

The REAL BOSS is Charlotte 🤣 pic.twitter.com/X8piz3exSw

Prince Louis’ antics don’t stop there. The young royal also made headlines after pulling a series of faces and covering his mother Kate’s mouth when sat in the royal box.

His actions over Jubilee weekend have lead to Louis becoming a social media hit to such a degree that William and Kate made a nod to their son’s cheeky behavior in their special Instagram post covering the Jubilee celebrations.

“What a fantastic weekend of celebrations. Seeing people across the nation coming together with family, friends and loved ones has been extremely special” said the royals underneath some highlights from the celebrations.

Referring to little Louis, Prince William and Kate ended their personal message with: “We all had an incredible time, especially Louis… [eyes emoji]. W & C.”

READ NEXT: Watch Charlotte Correct George During God Save The Queen 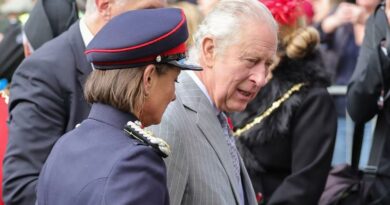