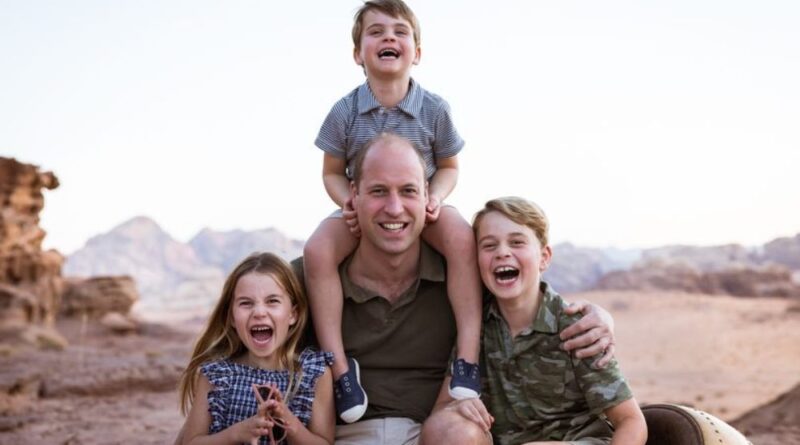 The Duke of Cambridge has released a never-before-seen photo with his three children for Father’s Day. The heartwarming photo shows Prince William laughing while surrounded by Princes George, Princess Charlotte and Prince Louis. It was taken when the family holidayed in Jordan back in 2021.

In the picture, you can see William sitting between Prince George and Princess Charlotte, with his youngest, Prince Louis, now four, perched on his shoulders. He beams contentedly as his children roar with laughter.

William is dressed in a green top, while George is wearing a khaki top, Charlotte donning a beautiful dress and Louis is in a striped top. The Cambridge siblings appear in high spirits, similar to Prince Louis’ mischievous antics at the Platinum Jubilee Pageant.

Mom Kate is not in the photo and in difference to previous family photos she is also not the one behind the camera. Kensington Palace said that the delightful portrait was captured by a private, unnamed photographer during a getaway last autum.

Prince William and Kate also used a photograph from Jordan for their official Christmas 2021 card.

This is not the first time that Cambridges have released special images of Prince William with his children for Father’s Day. In 2020, William and Kate released an informal photo of the Duke sitting on a swing with George, Charlotte and Louis at their Norfolk home, Anmer Hall.

Prince William is also set to celebrate his 40th birthday on Tuesday, so we hope we’ll be treated to another family photo.

Meanwhile, the Royal Mint is issuing a special £5 coin that will feature a portrait of Prince William to mark his 40th birthday. The design, created by designer Thomas T Docherty, also incorporates the letter W and the number 40.

An inscription on the edge reads: “HRH The Duke of Cambridge.”

The Queen’s portrait will also appear on the other side of Prince William’s commemorative coin. 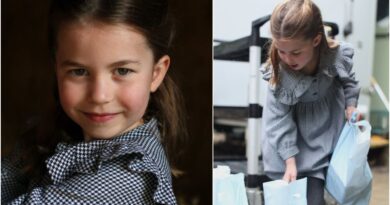