Having already made Christmas puddings with his father, grandfather and Gan-gan, Prince George will be included in the Queen’s speech this year, which always airs on Christmas Day.

USA Today confirmed: “Video footage of the pudding preparations also was recorded to be broadcast on the afternoon of Christmas Day during the queen’s annual Christmas speech to the nation.”

Ahead of Christmas, Queen Elizabeth II joined by her three heirs made Christmas puddings as part of the launch of the Royal British Legion’s “Together at Christmas.” It is an initiative aimed at supporting the British armed forces and veterans through festive parties at the charity’s outreach centres. They will be part of 99 puddings distributed among projects in 2020, marking the charity’s 99th year.

The four generations of the Royal Family represent a cross-section of those supported by the Legion, from the children of service personnel to Second World War veterans.

The Royal British Legion’s Director-General, Charles Byrne, said: “Bringing people, families and communities together lies at the heart of the Legion’s work and has done since we were founded in 1921. As we head towards our centenary in 2021, we are proud to start a new tradition for our community with the support of our Patron, Her Majesty The Queen, and three generations of her family.”

These photos, mark the first time Prince George has posed for an official photo while on duty as a member of the royal family. They are also the first official photos of the young Prince released by the Royal Family since they shared portraits of him and Princess Charlotte on their first day of school.

READ NEXT: The Special Milestone For George In The ‘Together at Christmas’ Photos 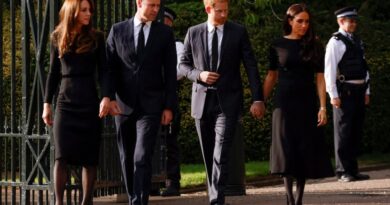 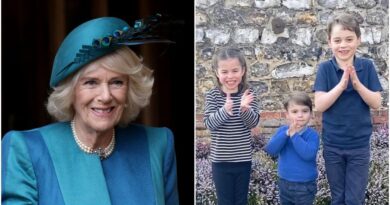 The Christmas Gift Camilla Might Have Bought George, Charlotte And Louis