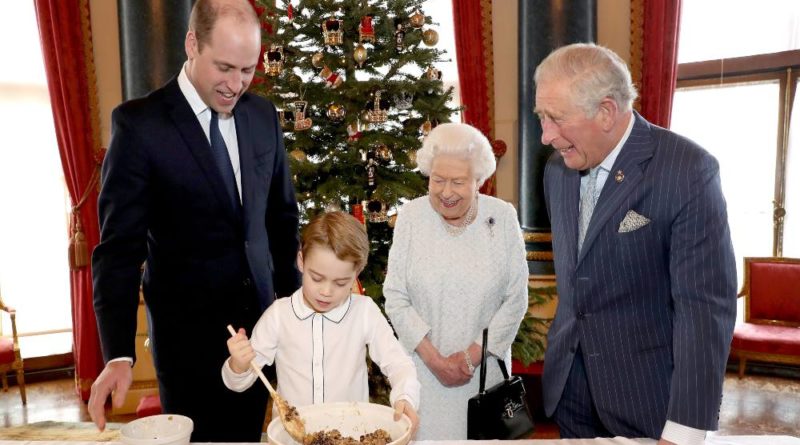 On Friday night, the Palace released three new photographs of the Queen, the Prince of Wales, the Duke of Cambridge and Prince George. The photos show Her Majesty and her three heirs making Christmas pudding as part of the launch of The Royal British Legion’s “Together at Christmas” initiative.

They mark the first time the 6-year-old Prince has posed for an official photo while on duty as a member of the royal family.

Two of the photos capture Prince George stirring a mixture for Christmas pudding alongside his father, grandfather and great grandmother in the Music Room at Buckingham Palace. And once the blend was perfect, each of them placed commemorative sixpences into the mixture.

In the third photo, the royals pose with one of The Royal British Legion’s care home chefs Alex Cavaliere and four veterans.

George’s puddings will become the centerpieces for the Christmas 2020 get-togethers, and form part of 99 puddings distributed across the charity’s network in the UK and the Commonwealth – also marking The Royal British Legion’s 99th year.

A short video from the cooking session, will be shown during The Queen’s Christmas broadcast on Dec. 25.

Meanwhile, Prince William and Kate saw another opportunity to do good this Christmas. The couple shared a photo of a giant Christmas tree outside their Kensington Palace home and told Instagram followers about an organization that can help anyone struggling during the holiday season.

“Christmas can be an exciting time, when family and friends get together to celebrate,” began the post. “But not everyone has a support network to celebrate with, and those that do can still feel isolated and alone.

“Look around you. Be aware of those who are struggling over this period. And tell them about @GiveUsAShoutInsta.”

READ NEXT: George Makes Puddings With The Queen In New Family Photos 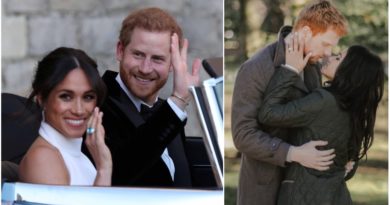