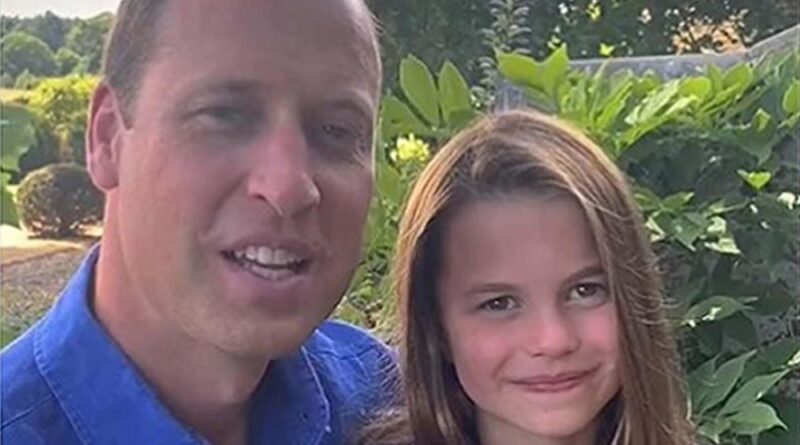 Prince William and his daughter Princess Charlotte wished England’s Lionesses good luck in a special video ahead of the Euro 2022 finals on Sunday.

In a recorded message posted on Twitter, Prince William is sitting with Princess Charlotte on his lap, who looks adorable in a navy polka dot dress. He says: “We both want to wish the Lionesses the best of luck for tonight.

“You’ve done amazingly well in the competition and we are rooting for you all the way.”

Finishing the video, Charlotte chimes in with an adorable message, saying “Good luck and I hope you win. Bye”.

Good luck tonight @Lionesses, we’re all cheering for you! pic.twitter.com/ATsLg6QHIF

Prince William and Princess Charlotte definitely made fans go wild with the sweet video and leave messages for the father-daughter duo in the comments.

Another added: “Charlotte is the cutest. Come on @lionesses you can do it!”

Third wrote: “Oh this is so adorable my heart can’t take it! Best of luck to our incredible Lionesses.”

This clip also comes after the Queen shared a video in honour of the Lionesses’ big match against Germany. It shows the military band outside Buckingham Palace for the Changing the Guard and played Sweet Caroline by Neil Diamond.

The video was captioned: “There was some special music at today’s Changing the Guard #Lionesses @ArmyinLondon @England @Lionesses.”

Prince William will attend the Women’s Euro 2022 final on Sunday, as the Lionesses take on Germany at Wembley Stadium in London. He has been president of the FA since 2006, and is also one of Aston Villa’s most high-profile supporters.4

It is yet to be confirmed whether Duchess Kate and Prince George, nine, Princess Charlotte, and Prince Louis, four, will be in attendance.

READ NEXT: The Trick Kate Uses To Stay Comfortable In Her Heels