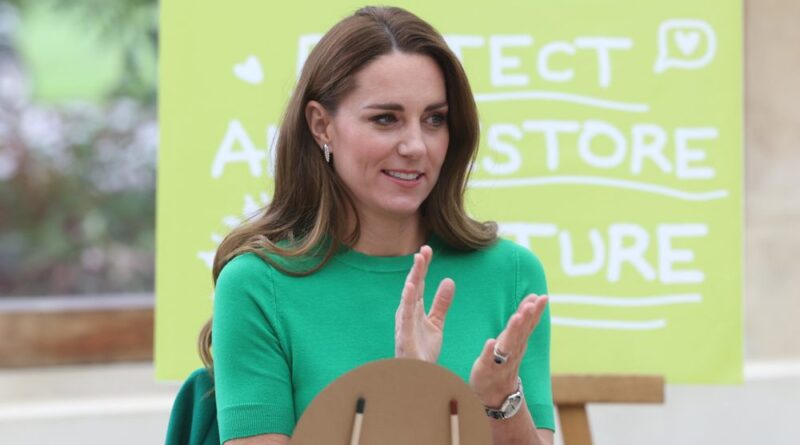 On Wednesday, Prince William and Kate visited Kew Gardens in a bid to inspire pupils to come up with bold new ideas to save the planet. The couple joined school children in the park on the edge of London and tried out new ideas to help save the planet from climate change.

At the venue, Prince William and Kate were also joined by London Mayor Sadiq Khan, Olympian Helen Glover and explorer, naturalist and presenter Steve Backshall MBE as the whole group took part in a series of fun activities developed as part of Generation Earthshot.

“Educaction is such an important part of protecting our planet. We must inspite in the next generation the optimism, confidence and enthusiasm to chase those solutions and to continue building a more sustainable future”, Prince William said on today’s Generation Earthshot event.

“Children can be uniquely creative and I can’t wait to see some of the ideas that are shared with us”.

The visit came ahead of the inaugural Earthshot Prize awards, which are being held on Sunday.

The green carpet at the first-ever Earthshot Prize Award Ceremony at London’s Alexandra Palace is set to roll out on Sunday 17 October.

Prince William will be joined by Duchess Kate Middleton on their second star-studded outing in recent weeks after the premiere of the new 007 film, as confirmed by Kensington Palace.

The ceremony will feature a talk from Sir David Attenborough on the importance of Earthshot and his optimism concerning the future, but of course not only Sir David.

5 recipients will receive £1 million each every year for the next ten years, which will provide at least 50 solutions to the world’s greatest environmental problems by the next decade.

READ NEXT: Prince William And Kate Next Glam Engagement Revealed