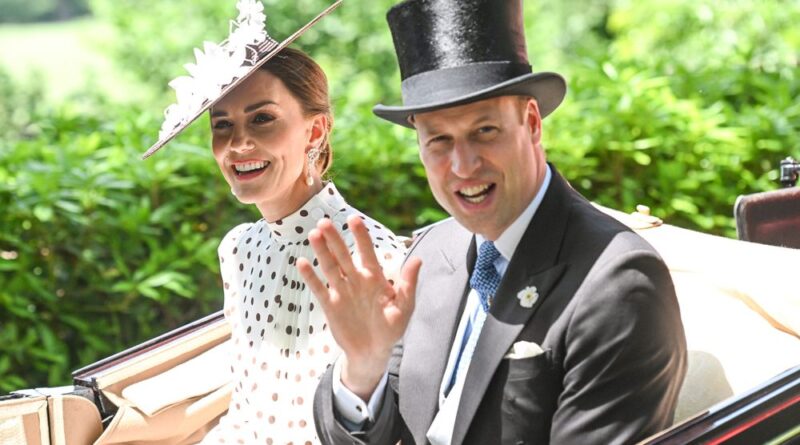 Prince William and Kate made their 2022 Royal Ascot debut. The couple was in the lead carriage in the traditional royal procession at Ascot on Friday.

They were joined by Arthur Vestey, whose father served as Master of the Horse to the Queen, and his wife Martha. In the following carriage were Peter Phillips and his girlfriend Lindsay Wallace.

Duchess Kate looked glamorous in a polka dot dress by Alessandra Rich with a brown hat with white floral detail. Sitting next to her was William, who looked dapper in a suit, a mid-blue tie and a black top hat.

This year, due to the extreme heatwave, the iconic horse race has relaxed its usually very strict dress code.

Prince Charles and Camilla, Duchess of Cornwall helped kicked off this year’s Royal Ascot. They have been representing the Queen this week, with the monarch’s mobility issues thought to be behind her decision not to attend.

The Queen, who has a well-known love of horses, has attended every single Royal Ascot for the last seven decades and often has her own horses competing.

Among the attendees this week were also Princess Beatrice and her husband, Edoardo Mapelli Mozzi, as well Princess Anne, Mike and Zara Tindall, and the Duke and Duchess of Gloucester.

The decision to ride in the carriage with the Vesteys was described as a “lovely gesture” by royal commentator Richard Eden.

He wrote on Twitter: “Lovely gesture by the Duke and Duchess of Cambridge to invite Arthur and his wife, Martha, to travel in their carriage.

“Arthur lost both his parents during the pandemic.

“His father, Lord Vestey, would often ride in the Queen’s carriage.” 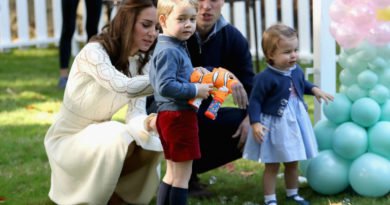