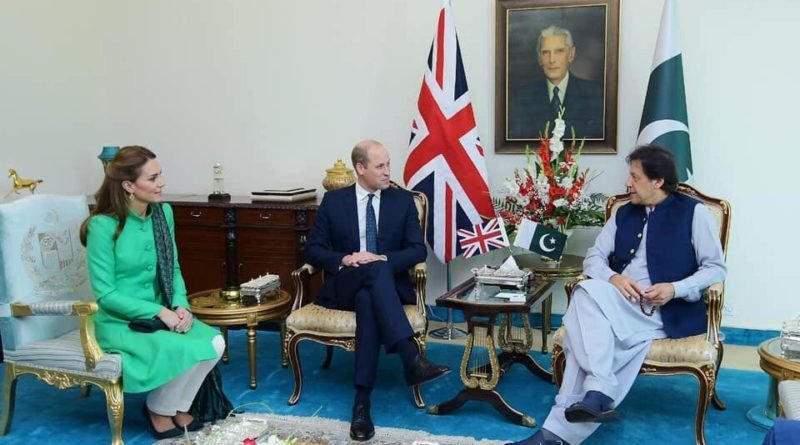 Prince William and Kate had a busy of engagements on day two of their visit to Pakistan. The couple, who landed at Pakistani Air Force Base Nur Khan on Monday evening, began their first full day in the country with a visit to a school in central Islamabad and Prime Minister Imran Khan.

While there, they met children between the ages of 4 and 18 and highlighted the benefits of young girls pursuing higher education and professional careers.

William and Kate even sat down at the tiny tables where the students were sitting to shake their hands and chat with the little boys and girls.

Sitting in the classroom with a group of teenagers, Prince William was asked what he had wanted to do when he was younger.

He said: ‘Actually I changed a lot as I got older but I always wanted to learn to fly. I was flying for a while actually.

‘I love flying, I feel very free, I like learning a skill, I enjoy that. I can relate to the science of what you do.’

Continuing with the theme of education, William and Kate heard how Pakistan is working to meet several of the Sustainable Development Goals, as they joined children from three local schools at the Margalla Hills, which sit in the foothills of the Himalayas.

For the occasion, Kate opted for a royal blue shalwar kameez, the country’s national dress, and a dupatta by Pakistani designer Maheen Khan. She completed the look with a pair of beige shoes from New Look; drop earrings by Zeen and her striking sapphire engagement ring.

Kate arrived at the official residence wearing cream trousers by Maheen Khan and a green tunic by Catherine Walker, with a scarf by Satrangi and earrings by Zeen.

William also changed from a casual shirt and trousers to a more formal look in a blue suit as they prepared to have lunch with the PM.

Their meeting with Imran Khan probably brought special memories for Prince William, who used to play in the Prime Minister’s garden when he was a little boy. Hi, mother, Diana was very close friends with Khan’s ex-wife Jemima and her mother Annabel Goldsmith because of a mother-life figure to her.

He said today after meeting William and Kate: “When I went with my mother to see a Test match my cousin was playing and he scored a century and I told my mother I wanted to be a Test cricketer.

“I never realised how difficult it was to eventually become one. Similarly, when I told you (William) that I wanted to succeed – I didn’t realise it would take me 22 years.”

Prior to meeting the prime minister, William and Kate were welcomed by President Arif Alvi and his wife Samina Arif at Aiwan-i-Sadr.

Following a private lunch with Mr Khan, the couple will attend a special reception hosted by the British High Commissioner to Pakistan, where the Prince is expected to make a speech. 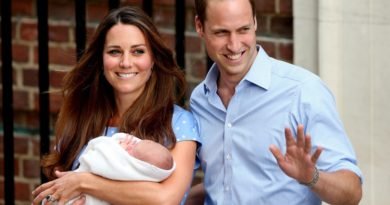