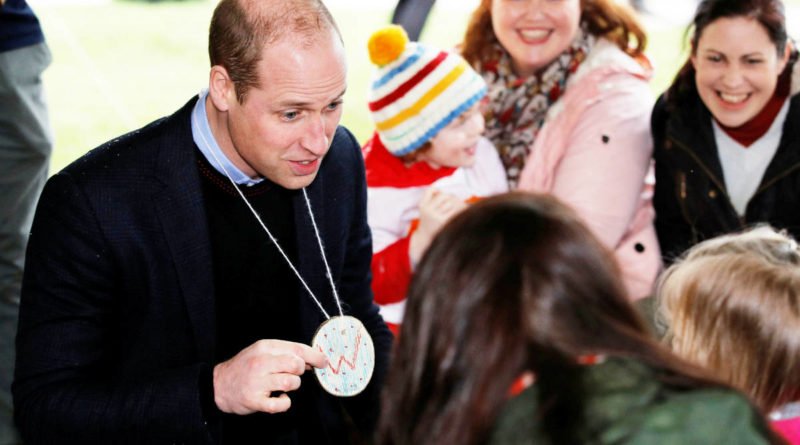 Prince William joked with a fellow dad on Tuesday about the struggles of doing their daughters’ hair. Dad jokes royal edition.

Prince William and his wife Kate Middleton were visiting a park in Blackpool that had been transformed from a place where addicts once congregated to a family-friendly playground, and there William got the chance to talk to a local. The resident, who is part of the group Dads 4 Life joked with William and Kate as he spoke about the challenges he faced when having to do his little girl’s hair, adding that he finally learned how to do it from watching YouTube tutorials. “Never try to do a ponytail!” William commiserated. “Nightmare.”

Kate asked him, “Have you tried to do a plait [braid]? It’s the weaving…really hard.”

Prince William Revealed, “I can do [3-year-old Princess Charlotte’s] ponytail, but that’s about it as I don’t have enough hair to practice on!” Just last week, we got to see Kate show off her own hair styling skills as she and William made their visit to Northern Ireland’s Cinemagic, a charity that uses film, television and digital technologies to help more than 500,00 young people.

During a makeup and storyboard demonstration with children from Malvern Primary School, Kate herself got in the action and, with the help of two young helpers, tried braiding the hair of a young performer in heavy makeup and stage prosthetics. When the royal couple arrived in Blackpool on Wednesday, the weather wasn’t the most welcoming, with constant rain. That didn’t stop the couple, except a minor wardrobe change from the Duchess,  from heading to Revoe Park, which has been transformed with the help of local park wardens and Better Start Blackpool. The Duchess had to change her high-heeled suede boots for flat ones. “Quite the weather for it,” she joked.