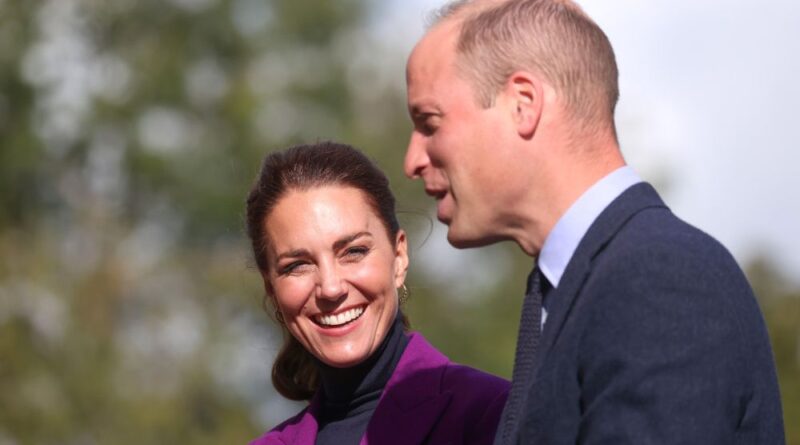 During his appearance on Peter Crouch’s podcast, the Duke of Cambridge talked about the worst present he’s ever brought for his wife Kate Middleton.

At first, former England forward, Peter Crouch, confessed to buying his wife Abbey Clancy a raincoat three years running, Prince William continue the conversation by revealing: “I did get my wife a pair of binoculars once – she’s never let me forget that.

“That was early on in the courtship that was. I wrapped them. They were really nice. I was trying to convince myself about it. I was like, ‘but these are really amazing, look how far you can see!’ She was looking at me going, ‘they’re binoculars, what’s going on?’. It didn’t go well. Honestly, I have no idea why I bought her a pair of binoculars.”

William and Kate have been happily married for nine years, celebrating their anniversary in April this year, but the romance extends back to their university days when both of them attended the University of St Andrews.

The Duke appeared on the special episode of BBC Radio Five Live’s That Peter Crouch Podcast in support of the Heads Up campaign. The episode was actually recorded in two parts-the first one back in March at Kensington Palace, while the second was done through video call earlier this month.

Heads Together joined up with The Football Association (of which William is President) last August to kick start Heads Up, a campaign that uses football to normalize the conversation around mental health.

Peter, who has already worked with William back in May of 2019, when the two appeared on the BBC’s documentary A Royal Team Talk, said of his own mental health: “I’m in the environment where it’s so male-orientated, and any weakness shown is an excuse not to make it… When I started talking about it and opened up, I did feel so much better, and that was just through talking.”

The two were also joined by Tom Fordyce and Chris Stark, and during the podcast, the future King revealed how he went to Blackpool for a friend’s stag do and that Queen’s Bohemian Rhapsody is his go-to karaoke song.

This hasn’t been the first mental health-related engagement William has had this week, as he also jumped on a video call with a host of other football stars, such as David Beckham, to discuss the topic. Their conversation came after the announcement that the entire UK football family has signed a joint declaration, committing to make mental health a key priority across the English game.

The Heads Up campaign will culminate with a bang, with this weekend’s Heads Up FA Cup Final which has been officially renamed in honour of mental health awareness, helping to spark a national conversation about mental health.

READ NEXT: The Main Mission Kate Will Undertake Once She Becomes Queen Consort