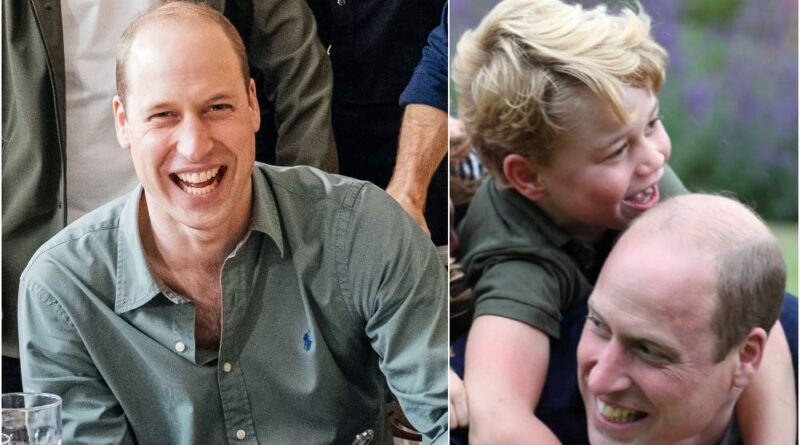 Prince William made a guest appearance on BBC Radio 5 Live’s football podcast That Peter Crouch Podcast. As president of the Football Association, he participated a conversation about the importance of openly discussing mental health and reaching out for help when needed. One part of the episode was recorded at Kensington Palace ahead of lockdown in March; while the other was via video call earlier this month.

As Prince William appeared on the podcast, he was asked by former soccer star Peter Crouch whether he thought George could one day be Aston Villa’s all-time leading goal scorer.

“I’m trying not to persuade him to be a Villa fan – I’m letting him choose his own way. It’s about finding what fits for him.”

“I do like the values and the ethos of the club, I want them to look after the players and set a good example to the young fans.

“I want our children, when they go the match, to come away loving what they’ve seen, enjoying it, and seeing their role models behave in a way that we’d all want them to.”

During the episode, dad William also opened up about homeschooling Prince George and Princess Charlotte.

When asked what he has learned during lockdown, he responded: I’ve found it pretty testing, not going to lie, trying to keep the children engaged in some kind of work, it’s been an interesting few months.

“I’ve learned through homeschooling that my patience is a lot shorter than I thought it was. That’s probably been the biggest eye-opener for me, and that my wife has super patience.

“Basically we’re a good team tag session, I come in with the children and try and get them to do something and Catherine comes in when frankly everything has gone wrong.”

READ NEXT: Prince William Revealed The Worst Gift He Has Given Wife Kate