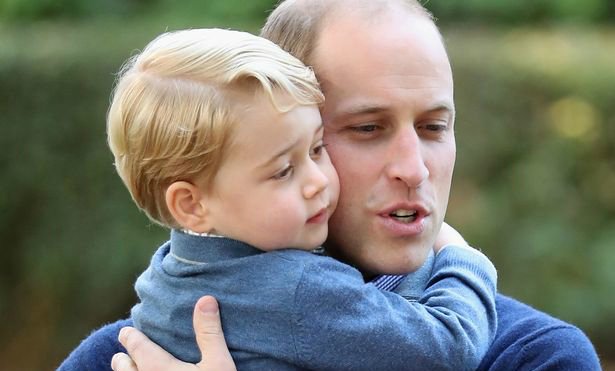 At the last Pride of Britain Awards in London, Prince William met with most courageous men, women and children in UK.

At the event, Prince William had a chance to talk with some of the ceremony’s prize winners. And between them was a five-year-old girl, Suzie McCash. This girl was only four-years-old when she saved her mother’s life by dialing 999, when she fainted and her breathing stopped.

Ahead of the @PrideOfBritain Awards starting, The Duke of Cambridge met some of tonight’s special winners. pic.twitter.com/N1OWReaLGo

The little girl talked with Prince William about the life-saving move she made. According to The Telegraph, that inspired him to speak to Prince George about her life-saving phone call. When it’s about Suzzie, she was honored with the Child of Courage award.

“I have a four-year-old called George and if I gave him a telephone, I do not know what he would do,” Prince William shared.

“Do you know what, I’m going to have a conversation with my George about what to do because of what you’ve done—it’s really important.”

Prince William also didn’t forget to worship the efforts that the emergency services who responded to the Grenfell Tower fire.

“We should all take a moment to understand and appreciate all emergency services personnel and what they achieve in their communities.”

Prince William presented two special awards, to the Grenfell Community and to Manchester Medics. They treated the victims of the attack that happened at Ariana Grande’s concert in May.

“I can’t say enough how proud I am of what you do on a daily basis,” he honored their work.

He continued: “The courage and spirit Manchester showed is a huge example to all of us.”

SEE ALSO: The U.K Tradition Kate Middleton Will Break When She Becomes Queen

Blast From The Past: Meghan’s Old CV Has Resurfaced