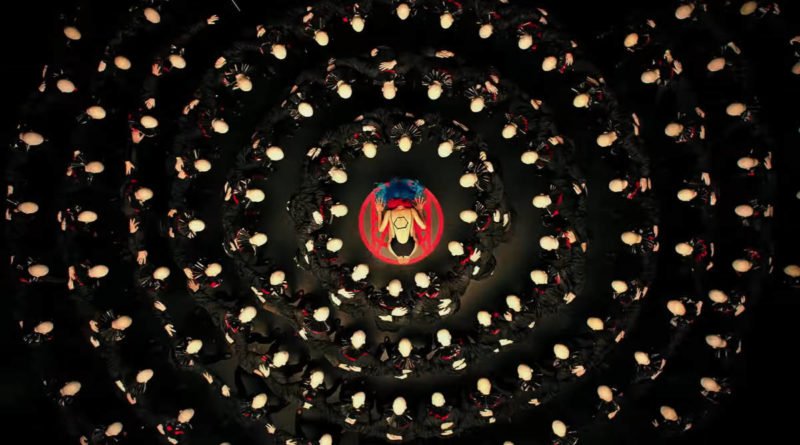 American Horror Story: Cult  has finally lived up to its subtitle, following its latest episode, titled “Drink the Kool-Aid.” Kai Anderson already had the marks of a cult leader up to this point, but in Tuesday’s episode, it all climaxed, as the FX drama starts the of the hour with short features with some of the most infamous cult leaders ever, including David Koresh, Jim Jones, and Marshall Applewhite.

In the episode, AHS: Cult uses both real footages from the cults and also reenactments of the events that unfolded among them. Evan Peters had his job cut out for him as he had to mimic and pretend to be every single one of these notorious men, and he did a great job, with his acting and the makeup artist both being on top of their game.

Even though Applewhite is the most recent of the cult leaders in the timeline, it’s not a name as know as Koresh or Jones,  so here is some information about Applewhite and his cult, Heaven’s Gate.

During the 70’s, Applewhite would at some point meet Bonnie Nettles, with whom he will cofound the Heavens Gate with. She was a firm believer in his teachings and he was a prophet on a divine mission. They wrote out their belief that Jesus has been reincarnated into Applewhite, and that they were the two witnesses mentioned in the Book of Revelation. Soon after they started trying to contact extraterrestrials, which is how they actually began to gain followers.

Their group would travel from country to country, recruiting new members, living as beggars and spreading the teachings of “The UFO Two”, aka Applewhite and Nettles. After the death of Nettles in 1985, Applewhite took sole control over the cult and made it more reclusive and became convinced that the secret for their ascendance into heaven lies with the Hale-Bopp Comet.

SEE ALSO: How Are Kai And Ali Supposed To Fall In Love?

In 1997, Applewhite left a video in which he stated that his people needed to leave Earth and ascend to the next level of existence, and it could be only done by “entering” the spaceship located at the tail of the Hale-Bopp Comet. For this to happen the members had to leave their earthly bodies behind so on March 26, 1997, 38 members of the Heaven’s Gate cult committed suicide through means of ingesting apple pie laced with the high amount of Phenobarbital. They also used asphyxiation with plastic bags around their heads.

What will happen next will shock you. Brace yourself and watch a preview of TONIGHT'S all-new episode of #AHSCult. pic.twitter.com/l2zbdjo1Eg

Strangely enough, the brother of the famous Star Trek actress Nichelle Nichols, Thomas Nichols, was among the dead. As shown in AHS: Cult, the members wore arm patches that read “Heaven’s Gate Away Team”, which is reminiscent of Star Trek: The Next Generation, as it is how they also called their boarding parties.

On AHS: Cult, it seems that Kai is some kind of hybrid leader of those three men combined. He talks about ascension to a higher plane, convinces people to drink poisoned Kool-Aid (which turns out not to be poisoned) and thinks to have spiritual sperm. Half the reason why Ally is able to convince Kai to trust her is that she acts as if she believes that Kai is Oz’s sperm donor father and together they could create what they would call a “messiah baby.”

We can’t wait to see how Kai will act when he realizes that he had been played by Allys well thought out plan, but we will have to wait 2 weeks for it. Next week is the Charles Manson episode before Cult’s season finale on Nov. 14.