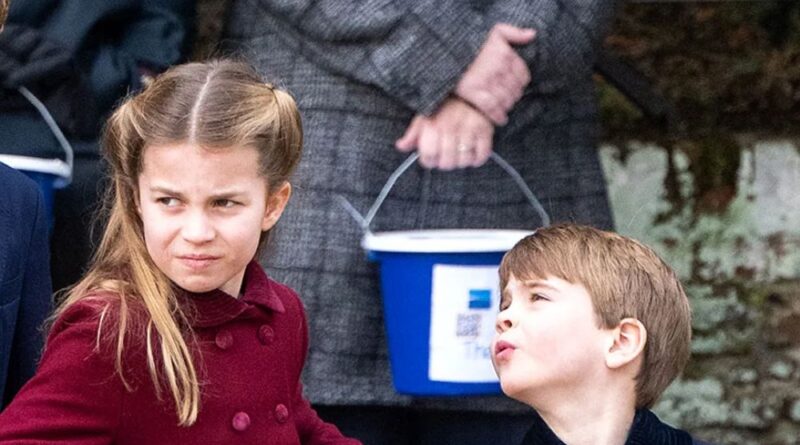 The Prince and Princess of Wales’ little royals were spotted receiving some very special Christmas gifts on their traditional walkabout on Christmas Day.

Prince George, nine, Princess Charlotte, seven, and Prince Louis, four, were seen stepping out with their parents Prince William and Princess Catherine, after leaving the Christmas Day service at Sandringham, which was hosted by King Charles.

It was there that Louis was captured beaming with joy as he held a gift from a well-wisher – a bright red ‘gonk’!

A ‘gonk’ is a quirky festive gnome toy with a furry Santa hat. Charlotte was spotted with one of her own in a rose colour-scheme, which George seemed to have taken a liking to. George did also appear to have a ‘gonk’ of his own, similar to his brother’s.

William and Kate were spotted chatting with the crowds, exchanging tales of Christmas morning and their kids’ presents – “They got lots of lovely things,” explained Kate, William quickly adding “They’ve had enough presents.”

The Princess confirmed to another well-wisher in the gathered crowds that they’ve an early start to a very lovely morning.

The walkabout also featured the likes of the Earl and Countess of Wessex, their 19 year old daughter, Lady Louise Windsor, and 15 year old son James, Viscount Severn, who joined the King in Norfolk for Christmas. Also in attendance was Peter Philips and daughter, Isla.

After the service, the royals stopped to chat to some of the wellwishers who had lined the route, with George, Charlotte and Louis all appearing to have been given Christmas gifts by the crowds.

But at one point as Kate held Louis’ hand as she chatted, the cheeky wellwisher seemed eager to get back to Sandringham House and was seen adorably pulling at her arm to hurry her along.

In another video, a sweet moment of Prince Louis was captured. The young Prince can be seen running after someone. At first glance you might think he is running after his dad, but at the end of the video you hear him calling after his sister ‘Charloootte’.

READ NEXT:  Could This Photo Be A Proof That Princess Charlotte Is Left-Handed?