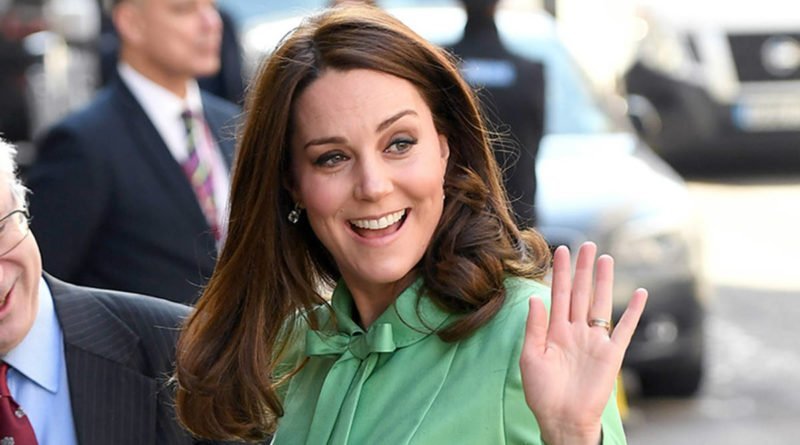 Kate Middleton and Prince William are set to welcome their third child any day now. Soon after the Duchess went on a maternity leave, she has been spending her time at her parents’ home in Bucklebury and Sandringham. However, it’s time to get ready for the new additional member of the family and Kate has headed back to London

Kate is due to give birth at the private Lindo Wing, at St Mary’s Hospital, Paddington, where she had Prince George and Princess Charlotte. Talking about the little ones, while they were on a school holiday for Easter, they had fun taking part in an Easter egg hunt with their grandparents Carole and Michael Middleton. During the holidays their mom has snapped grocery shopping in Waitrose, Norfolk. Emily Nash, who is HELLO!’s royal correspondent, revealed: “Kate and the family have spent a lovely Easter holiday in Norfolk but now they’re back in London and George is back at school and Charlotte back at nursery – I’m sure Kate will be enjoying a few moments of peace before she becomes a mother of three.” Royal family superfans are setting up camp outside the hospital where the Duchess of Cambridge is due to give birth to her third child as the due date approaches. The royal baby’s due date is a few weeks apart from another important event in the royal family, Prince Harry, and Meghan Markle’s wedding. The couple is tying the knot on 19 May at St George’s Chapel in Windsor. On Easter, Sunday is the last time we saw at an official engagement Kate accompanied by Prince William. Duke and Duchess of Cambridge, who arrived late, attended the annual church service at St George’s Chapel. Meanwhile, the soon-to-be father, for the third time, enjoyed a night out and attended the Aston Villa vs Cardiff City football match in Birmingham.Once the game was over, William dropped a big hint he and wife Kate are expecting a boy after cheering on his team at Villa Park.

The Prince told fans: “I’m going to insist the baby is called Jack”, before adding after a pause: “…Or Jackie.”