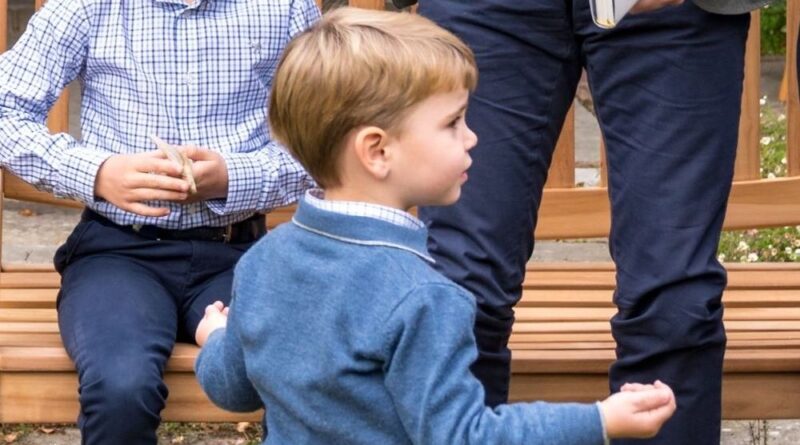 Prince George, Princess Charlotte and Prince Louis welcomed the legendary naturalist Sir David Attenborough to Kensington Palace, meeting him outside in the garden after school on September 24.

In the photos, the Cambridge trio coordinated with Mom and Dad in varying shades of blue and gray. Prince George wore a blue-checked button-down shirt and navy blue trousers, while Charlotte donned a gray Zara dress and canvas Trotters sneakers.

But Prince Louis outfit looked particularly familiar for royal fans. Duchess Kate, who loves recycling her favourite looks, dressed her third child in a merino wool jumper in blue from Wild and Gorgeous. It is the same one that Prince George wore during the Cambridge’s 2016 tour of Canada.

While George combined the jumper with red shorts, his little brother paired it with navy shorts and Amaia knee-high socks. Both of them sported the jumper over a checked collared shirt.

This isn’t the first time the Cambridge kids have worn the same outfits. Back in 2018, right after Prince Louis’ birth, Princess Charlotte was pictured in a blue cardigan cradling her baby brother. The same cardigan, from the Spanish brand Fina Ejerique, was first worn by George in a 2016 photo of Queen Elizabeth with seven of her grandchildren and great-grandchildren.

One of the reasons why Kate dresses her kids in the same outfits is because she doesnt want to create a shopping frenzy around the brands they wear.

According to Rakuten Marketing the youngest members of the royal family, Prince George, and Princess Charlotte are the second and fourth most influential celebrity youngsters in the children’s fashion market respectively. With all that fame, the outfits that they wear get sold out within hours as they are put online.

READ NEXT: 5 Reasons Why Kate Middleton Always Dresses Her Kids The Same Way 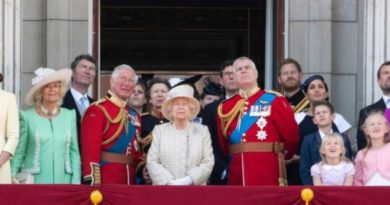