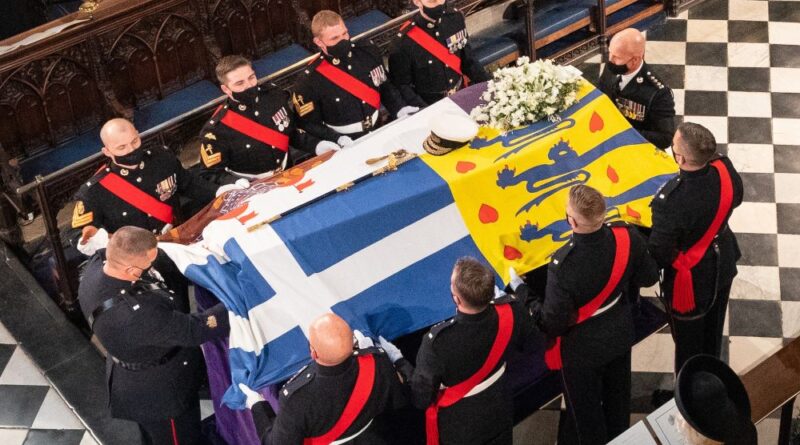 On Saturday, April 17, Prince Philip, The Duke of Edinburgh was laid to rest in an intimate funeral at St George’s Chapel.

Due to coronavirus restrictions, only 30 people were able to attend. However, thanks to living coverage of the ceremony, more than 13 million people felt like they’ve taken part in it too.

While cameras were able to film inside St George’s Chapel for the duration of the ceremony, there was one poignant moment that wasn’t shown to the public completely.

Out of respect for the Queen, the moment that Prince Philip’s coffin was lowered into the vault was not shown to television audiences. That allowed the Duke’s family to say their final goodbyes in private.

While cameras didn’t film the entire process, the world could see the start of the Duke of Edinburgh’s coffin being moved down. Then, the cameras panned to trumpets and when they resumed in the chapel, the coffin had been lowered into the vault.

At George VI’s funeral in 1952, the King’s coffin was lowered into the Vault but the proceedings were not televised so the working operation of the motor has not been broadcast before.

Prince Philip who died aged 99 on April 9, is the 25th royal to be interred inside the Royal Vault. However, that won’t be his final resting place. Following the Queen’s death, he’ll be transferred to the gothic church’s King George VI memorial chapel to lie alongside his wife of 73 years.

Although the cameras have been on them, this felt like an intimate family occasion.

Among the mourners at the chapel were the Queen and Philip’s four children: Prince Charles, Princess Anne, Prince Andrew and Prince Edward.

The attendees also included Prince William and Duchess Catherine, Prince Harry The Countess of Wessex and her two children, and Princess Beatrice and Eugenie, along with their husbands.

READ NEXT: Duchess Kate Seen Consoling Prince Charles With Kiss On The Cheek 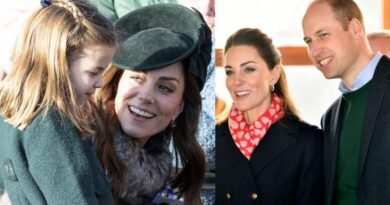