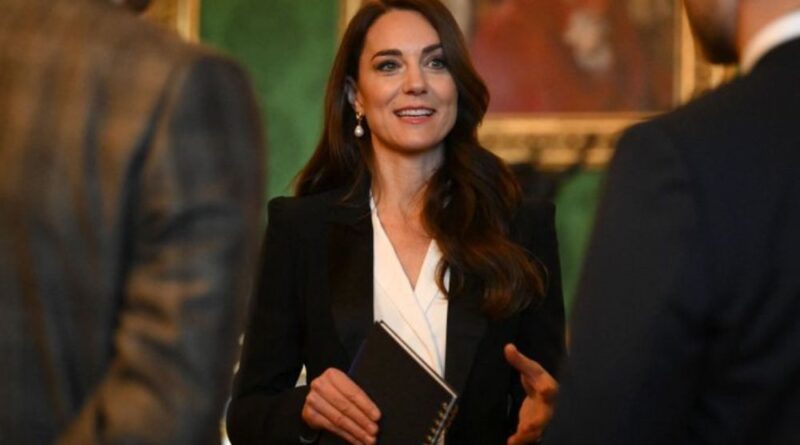 The Princess of Wales continued her work with early years development and got some expert help to take it to a whole new level!

Kate Middleton recently met with a group of eight professionals – experts from across the fields of neuroscience, psychology, perinatal psychiatry and policy development – who have been selected to offer their strategic advice and provide oversight for the Royal Foundation Centre for Early Childhood.

Their meeting was Wednesday morning, with the Princess of Wales meeting them at Windsor Castle in their role as Advisory Group for the first time.

The Advisory Group is there to offer their insight and oversight for the Centre “as work is accelerated to promote the fundamental importance of the first five years of a child’s life.”

They will help the Princess’ Royal Foundation Centre for Early Childhood as it raises awareness of the impact of those crucial first five years of life, learns the best practices across the UK and internationally and commissions new research.

The members of the group are familiar voices in their respective fields and for Kate, as they have worked alongside for several years as she built up her experience and knowledge in the area.

Members includeProf. Peter Fonagy, head of the Anna Freud National Centre for Children and Families, Prof. EamonMcCrory, whom Kate has supported for several years, and Professor of Developmental Neuroscience and Psychopathology at University College London, who Kate encountered on her journey learning of the importance of brain development on youngsters.

Other members of the advisory group are: Dr. Alain Gregoire, Consultant Perinatal Psychiatrist and President and Founder of the Maternal Mental Health Alliance; Dr. TrudiSeneviratne, Registrar at the Royal College of Psychiatrists; Ed Vainker, OBE, co-founder of Reach Academy Feltham; Carey Oppenheim, Project Lead at the Nuffield Foundation; Imran Hussain, Director of Policy and Campaigns for Action for Children and Beverley Barnett-Jones MBE, Associate Director at Nuffield Family Justice Observatory and Trustee at What Works in Children’s Social Care.

“Working with such an eminent group of people is an absolute privilege. I know their advice and experience is hugely valued by the Princess, and the whole Centre for Early Childhood team, as we continue to drive awareness of, and action on, the transformative impact of the early years,” stated Amanda Berry, Chief Executive of The Royal Foundation.

“The Advisory Group’s support in our key areas of research, collaboration and awareness raising will be invaluable and I look forward to working closely with them to make a difference for generations to come.”

During the meeting it was announced that Christian Guy will head the Centre as Centre Director.