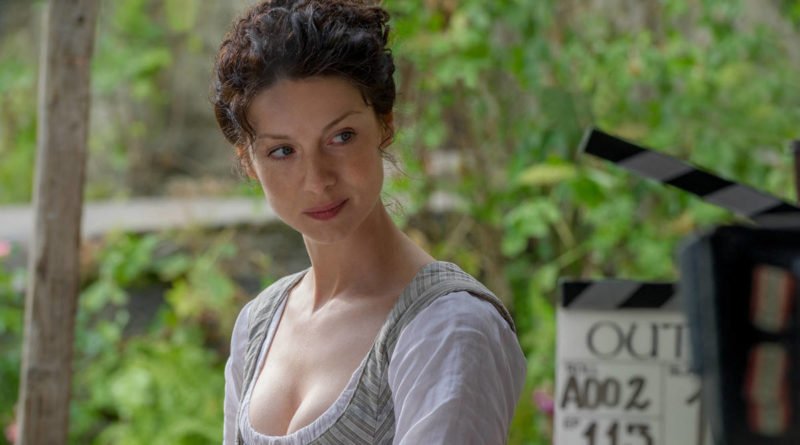 One of the most dominant characteristics that Claire Elizabeth Beauchamp Randall Fraser is her confidence in herself. Claire Fraser is an educated woman who worked on the front lines during World War II so she had to be confident in her skills in order to survive in such an environment. With her confidence seems to come the ability to adapt to whatever situation she finds herself in. When she is transported back in 1743 because of the stones, she doesn’t panic immediately, she assesses the situation she is in, appreciates the precariousness of the unknown, and tries her best to survive in this strange new environment. It’s her ability to adapt and her confidence that allows her to make it and even advance in a time that’s not her own.

Knowledge & Wisdom About Using It

One thing about being a time traveler, it’s having all that knowledge about events that are still to happen and the things you can do with that information. Clearly, confessing what she knows about the future might not seem like the best idea in this period, as she can be locked up or even burned as a witch. So she is careful with the knowledge she possesses and gives just bits of information when its necessary, even to Jamie Fraser, the love of her life. Claire understands the role she has with her knowledge of the medical field and is understandably passionate about treating people and doing whatever she can to heal someone who is sick or injured, even someone who might harm her or Jamie. The passion for healing and this understanding of herself as a woman called to do that is so much a part of Claire that she tries to exercise it no matter in what time she is living. It is this passionate nature that also informs her relationship with Jamie Fraser and the lifelong love the two share.

At some point in the Outlander book series, a character comments on the difference between Claire as a 20th-century person and woman of the 18th century, the era she travels back to she is not afraid of men. Really, sometimes to the dismay of the reader and of her husband Jamie, Claire Fraser shows little fear in many situations. Even though she might have a moment when she confesses some fear that she had, but it doesn’t go further than that moment. She shows her fearlessness in many ways, especially in trying to reclaim her husband’s broken soul after he is tortured at the hands of Black Jack Randall.

This is as much as a cure as its a gift. She has shown her fearlessness not only with action but with words also. Claire Fraser isn’t afraid to speak her mind in any situation. In the Starz version of Outlander, she isn’t afraid to point out that one of the boys that ventured up to the Black Kirk was poisoned, rather than possessed. This raises ire of the parish priest, Father Bain. Claire does try not to come off as a prude, but she will not let a chance to speak up escape her if she feels strongly about a situation.

Just like her tendency to be outspoken, Claire’s stubbornness has its consequences, but she is loath to back off from a decision or a situation unless absolutely necessary. While it might have consequences sometimes, Claire rarely backs down from any decision. Her stubbornness and unwillingness to compromise might drive the reader and Jamie Fraser crazy at times, but it has become a character-defining trait that makes Claire more relatable and real. Another characteristic of Claire we find relatable is her sexuality. As a modern woman sent back in a time when the role of the woman was more rigid. Even though she is in a time when woman’s sexuality is basically non-existent, she doesn’t surrender that piece of herself. When she and Jamie Fraser marry out of necessity she uses her knowledge about her own sexuality and that of a man to bridge the gap between them and to suss out for herself the true nature of the man that shes married. Claire Fraser finds a real partner in Jamie, both in the bedroom and out, and luckily Jamie manages to satisfy her on both sides.

Her Love For Jamie Even though her falling in love with Jamie came as a sort of a surprise, her love for Jamie defines and solidifies so many things about her. She finds a true partner, teaches him about love, and learns in the meantime herself, and creates a love story for the ages. Her passion for him brings her back to him time and time again. She mourns him when they are separated, she cherishes the time she spends with him. It’s true love. She loves him, treats him as an equal, and is willing to stay in the precarious era of the Rising rather than returning to her time and leaving him.

She Is A Great Role Model

Claire Fraser is just a great role model for basically anyone, regardless of age and gender. She works hard, lives harder and loves the hardest. She isn’t afraid to change or to make up for her mistakes. Claire sounds and feels like a real person, someone who learns, makes mistakes and strives to be the best person she can be and live her life to the fullest.