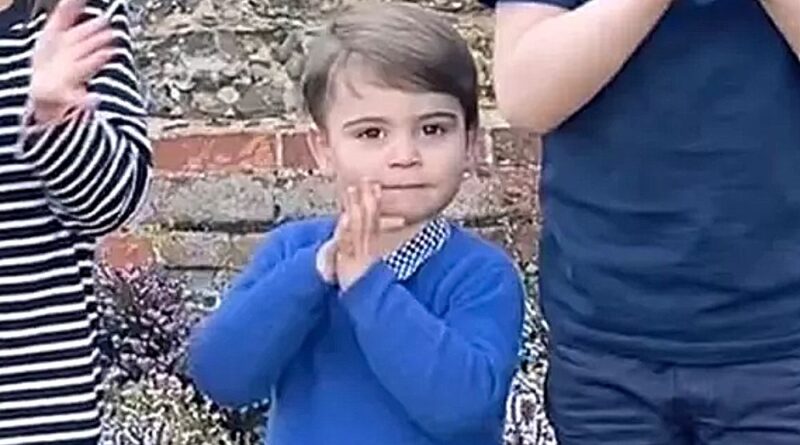 Ever since Prince William and Kate welcomed their third child, Prince Louis, royal fans have been discussing about who he most looks like. Dad William or mom Kate?

But, what colour are Prince Louis eyes?

The last time we saw Prince Louis was when the Palace shared a video of him with George and Charlotte clapping to honor first responders in the fight against COVID-19. Royal fans reacted with delight to the video, with some pointing out how much this little guy has grown.

As we saw from the clip, Prince Louis has deep brown eyes colour. He was compared to both his mother and his grandad, Michael Middleton. Louis has adorable button nose and thick eyebrows just like Kate when she was a similar age.

Another said: “Prince Louis is so cute and looks exactly like his mother Catherine.”

We have seen Prince Louis in public a handful of times. And he has only featured in a few official portraits. So, getting to see him every time is a real treat, isn’t it? It will be interesting to see if he continues to take after his mommy as he gets older.

Boss baby Louis will celebrate his second birthday on Thursday, April 23. Although he will spend his day only with his parents and siblings, William and Kate will do all they can to make sure he feels special, just like any other year.

“Kate won’t let any birthday pass without a celebration,” royal expert Katie Nicholl explained to OK! Magazine. “So even though the family are in self-isolation, she’ll make sure Louis enjoys his day. She tends to organise fairly low-key parties for the children.”