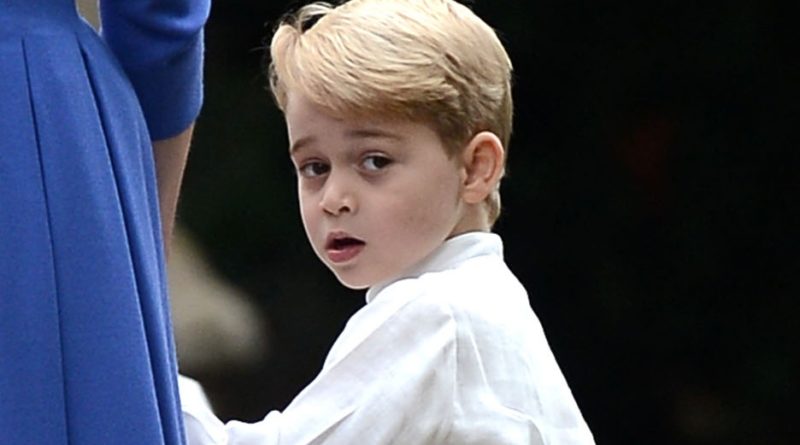 It’s been over a year since Prince William dropped Prince George off for his first day at Thomas’s Battersea School in London. According to Vanity Fair, not long ago a parent of a fellow student revealed that: “He’s very popular and has lots of friends, and there’s very little fuss made about who he is.

“Either William or Kate do drop off, and they are always very friendly.

The parent also shared that the little Prince has been given a cute moniker to go by.

The parent also says that George has been given a cute nickname by his classmates – PG.

“George is really happy at school, [and] his nickname is P.G.”.

This parent, is not the only one to say the Cambridges don’t get any special attention at the school. A year ago, another parent said people were much more interested in some of the other parents.

According to Daily Mail, she said: “No one really gives Kate a second glance when she does the school drop-off. “We have a Victoria’s Secret model doing the school run, too, and the dads are far more interested in her!”

Prince George has made many friends at Thomas’s and enjoys play dates and parties. Among his buddies is his royal cousin and classmate Maud Windsor, who is the daughter of Lord Freddie Windsor and Sophie Winkleman.

George’s sister, Princess Charlotte, is likely to join him at Thomas’s Battersea in September of this year.

TAKE A LOOK BACK AT GEORGE’S FIRST DAY AT SCHOOL:

This morning Prince George, accompanied by The Duke of Cambridge, attended his first day of school at Thomas's Battersea in London. Their Royal Highnesses were met by the Head of Lower School on arrival, before The Duke took Prince George inside to his reception classroom.

READ NEXT: How William And Kate Will Celebrate Louis First Birthday?