Both Prince William and Prince Harry rushed to Scotland to be by their grandmother’s side on Thursday, as Buckingham Palace revealed that doctors had raised concerns about the Queen’s deteriorating health. The two brothers headed to Balmoral with the rest of the Queen’s immediate family, all united in their grief.

After the passing of Queen Elizabeth II there, Balmoral has become filled with sad memories for the two royals. Back in 1997, both William and Harry were staying at Balmoral when they learned about the death of their mother, Princess Diana.

At that time, the Queen decided to stay with the boys in Scotland, instead of returning to London, where there was an outpouring of grief. There was some criticism of that decision, but no matter who or what you are, Elizabeth made the right decision in being a grandmother first and being there for her two grandsons.

In 2017 during an interview Prince Anne talked about the controversy, saying: “I think my mother did exactly the right thing. I think it’s absolutely extraordinary that any right-minded parent should believe… [there] would have been an alternative to bring those children down here to London in all that hoo-ha.

“I just don’t know how you can think that would’ve been a better thing to do.”

Asked if it was a case of the Queen putting her grandchildren first, the Princess Royal replied: “Absolutely. I don’t think either of those two would’ve been able to cope had they been anywhere else.

“That was the only good thing that happened was that they were there, and they had that structure, they had people around them who could understand, give them the time.”

During last year’s royal tour of Scotland with his wife Kate, Prince William talked about his loss in a speech to the General Assembly of the Church of Scotland, something he rarely does. “I was in Balmoral when I was told that my mother had died. Still in shock, I found sanctuary in the service at Crathie Kirk that very morning,” he shared.

“And in the dark days of grief that followed, I found comfort and solace in the Scottish outdoors. As a result, the connection I feel to Scotland will forever run deep.”

This week, as William paid a loving tribute to his late grandmother the Queen, he again touched upon the death of his mother.

“She was by my side at my happiest moments. And she was by my side during the saddest days of my life,” he said. “I knew this day would come, but it will be sometime before the reality of life without Grannie will truly feel real.”

William continued: “I thank her for the kindness she showed my family and me. And I thank her on behalf of my generation for providing an example of service and dignity in public life that was from a different age, but always relevant to us all.

“My grandmother famously said that grief was the price we pay for love. All of the sadness we will feel in the coming weeks will be a testament to the love we felt for our extraordinary Queen. I will honour her memory by supporting my father, The King, in every way I can.” 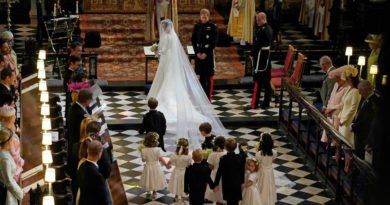