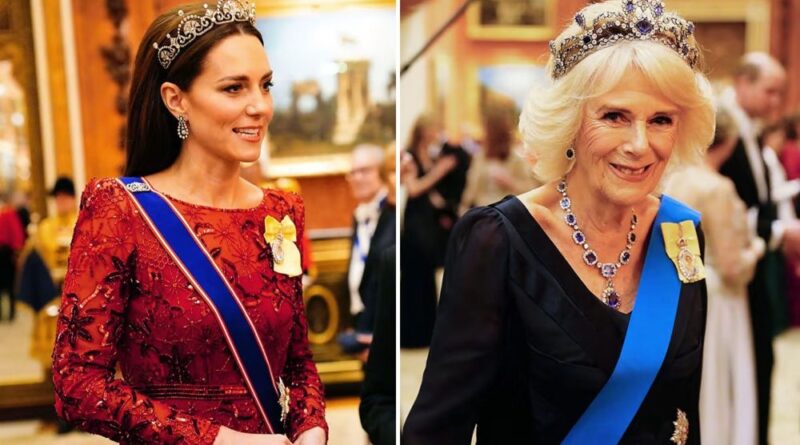 Princess Catherine, along with Queen Consort Camilla, was spotted paying tribute to the late Queen Elizabeth at the reception.

Kate stunned onlookers in her scarlet red Jenny Packham gown, dazzling them with the Lotus Flower Tiara, while Camilla wore an Anna Valentine gown, paired with the late Queen’s diamond and sapphire tiara and necklace.

However, most eyes would have been drawn to two similar pieces of jewelry both of the royals were wearing.

The curious items in question were brooches adorned with a portrait of a young Queen Elizabeth II wearing an evening dress with a ribbon and the star of the Order of the Garter.

But why did Princess Kate And Queen Consort Camilla Wore One?

These brooches are a sign that the wearer belongs to the Royal Family Order, an honour which was bestowed upon female members of the Family by the monarch, first introduced by George IV in the 1800s. 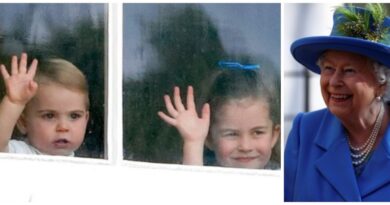 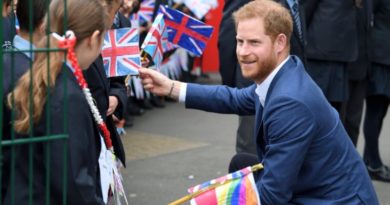 Harry May Have Just Confirmed That Meghan Is On Maternity Leave