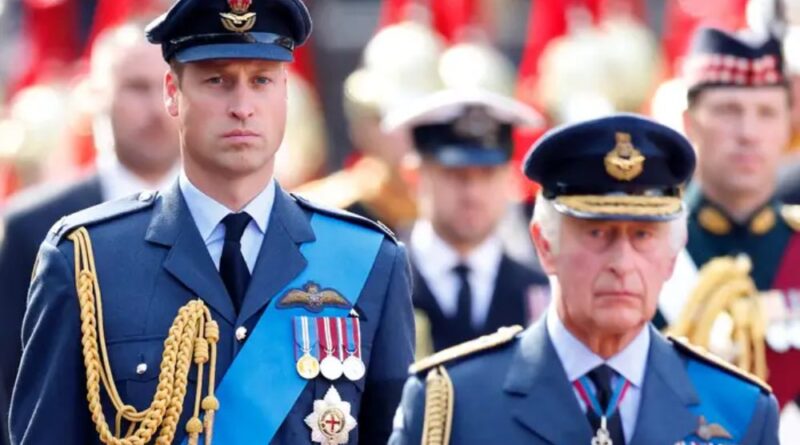 On Monday the funeral of Constantine II, the former king of Greece, was held in Athens, with members of royal families from all across Europe being in attendance to pay their respects.

There to represent the British royal family was the Princess Royal, and was joined by Prince Michael of Kent’s daughter, Lady Gabriella Kingston, who attended on behalf of the Prince of Wales, for the service at the Metropolitan Cathedral.

But this has left both royal fans and experts wondering why King Charles and Prince William did not travel to Athens themselves given the close family ties that they have with the former Greek royal family-Constantine was Charles’ second cousin and William’s godfather.

Although Buckingham Palace and Kensington Palace have not given any kind of official reason for their absence, it is not uncommon for royals to send representatives in their place to such large-scale events like weddings and funerals.

It might also be the case that the schedules of the royals clashed with the date of the funeral and the subsequent travel to and from Greece.

On Monday the monarch and his wife Camilla met with the President of the Republic of Cyprus, Nicos Anastasiades, with a photograph of their meeting being shared on the president’s official Twitter account.’

The caption accompanying the photo read as follows: “Farewell meeting with His Majesty King Charles III, as always held in a truly friendly manner. Discussed the cooperation between Cyprus and the UK, Commonwealth agenda, Environmental Sustainability and Climate Change. I also informed HM on the latest developments on Cyprus issue.”

Both the King and Prince of Wales were quick to resume their royal duties last week following their Christmas break.

Last Thursday the monarch visited Aboyne and Mid Deeside Community Shed in Aberdeenshire, as he and his wife Queen Consort Camilla currently reside at their Scottish residence, Birkhall.

Meanwhile, the Prince and Princess of Wales did a couple of engagements in Merseyside last week, such as opening the new Royal Liverpool University Hospital, while Kate also had and early-years meeting on Friday.

Constantine’s funeral was filled with members of royal families from across Europe, with King Felipe and Queen Letizia of Spain, King Willem-Alexander and Queen Maxima of The Netherlands, King Carl XVI Gustaf and Queen Silvia of Sweden and Queen Margrethe of Denmark, being just some of the names that were present.

READ NEXT: Prince William Jokes About Wardrobe ‘Chaos’ During Recent Outing With His Wife Catherine

Prince George And Princess Charlotte Back To School After Family Holiday