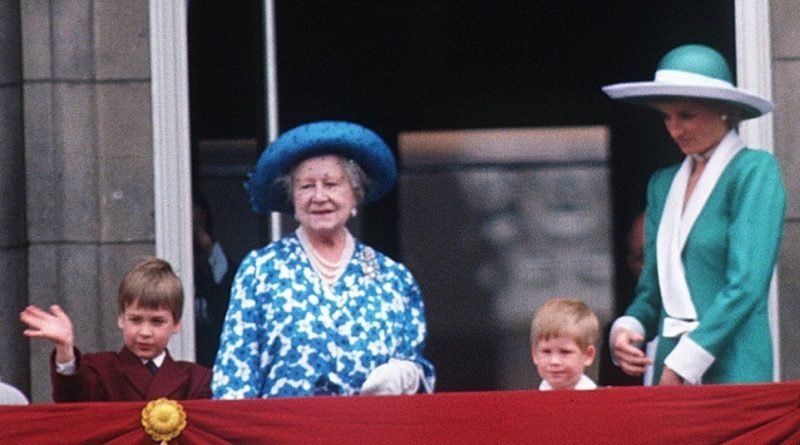 Diana’s fortune was split evenly between her sons, around £7 million each. But, the Queen Mother decided to leave Harry more money than his brother.

Savings of about £14 million, she left to Prince William and Harry to share. The vast bulk of that fortune went into a trust fund for Harry, according to BBC. This doesn’t mean that she loved Harry more or something.

It turns out that the royal family knew Harry wouldn’t get any money from the Duchy of Cornwall.

And once Charles becomes king, that money will go to Prince William. William will then become Prince of Wales and will take on the Duchy of Cornwall. It is a private estate that funds the public, charitable and private activities of the heir to the throne.

Harry leaves with nothing of this.

After the Queen Mother died, Buckingham Palace released an outline of her will.

The Queen Mother left her estate to Queen Elizabeth. It was valued at between £50m and £70m at the time. The Queen doesn’t have to pay inheritance tax on her mother’s estate.

The Prince of Wales moved from St James’s Palace to Clarence House.

The Queen’s press secretary issued a statement: “Queen Elizabeth The Queen Mother has bequeathed her entire estate (which mainly comprises the contents of her houses) to The Queen. “In her will, she asked The Queen to make certain bequests to members of her staff, and these bequests will be subject to Inheritance Tax in the normal way.

“The Queen has decided that the most important of Queen Elizabeth’s pictures and works of art should be transferred to the Royal Collection.

READ NEXT: Duchess Meghan Has Revealed Her Favorite Movie

Where Will Meghan Markle Be the Night Before The Wedding?