Following Sunday’s appearance at the Men’s Singles Final at Wimbledon, Kate and William have officially started their summer holiday.

The Duke and Duchess of Cambridge will take a break from royal duties in July and August and will return to work in September.

According to HELLO!, the couple will make an exception on August 9th to host The King’s Cup sailing regatta.

The King’s Cup will take place on the Isle of Wight, with Kate and William each acting as skippers of competing boats and hoping to win the King’s Cup, a historic trophy first presented by King George V at Cowes’ Royal Yacht Squadron in 1920.

Both William and Kate are keen sailors. Before going to uni, Kate spend a gap year studing at the British Institute in Florence and crewing on a Round The World Challenge boat in the Solent.

There’s still no information on where the Cambridges will spend the summer holiday. It is expected they will make the traditional trip to Balmoral to spend time with the Queen and Prince Philip.

The Cambridges also have a very important day to celebrate soon. William and Kate’s firstborn, Prince George turns 6 on 22 July. Last year, thy celebrated his fifth birthday on the private island of Mustique.

That also means we will see the young royal too. As with tradition, Kate and William will release official photos of the birthday boy to mark his day.

Kate, who is patron of the All England Lawn Tennis and Croquet Club, presented this year’s winner Novak Djokovic with his trophy while also handing out the runners-up plate to Roger Federer.

READ NEXT: Royal Fans Will Get To See Prince George Next Week 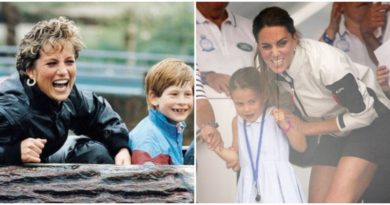