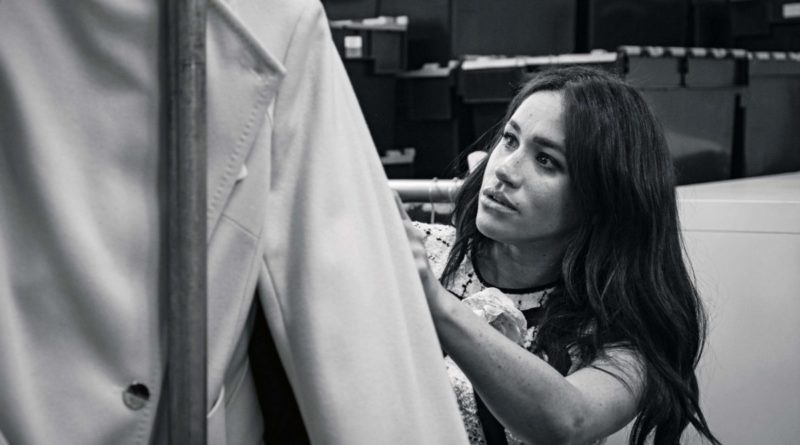 Meghan Markle just added another achievement to her already impressive resume, becoming the first person to guest edit the September issue of the popular British Vogue magazine. The Duchess went with 15 cover stars as a way to promote female empowerment and diversity. She picked lots of women who “break barriers”, but chose not to put herself as she felt it would be a “boastful thing to do”, the magazine’s editor-in-chief Edward Enninful has revealed.

The cover of the magazine, which has the title of Forces for Change, is divided into 16 boxes, with 15 influential women in each of the boxes. But one box is left empty and has a mirror design, trying to “include the reader and encourage them to use their own platforms to effect change”.

Meghan had been secretly working on the project for the past seven months. Through this lens I hope you’ll feel the strength of the collective in the diverse selection of women chosen for the cover, as well as the team of support I called upon within the issue to help bring this to light,” she said. “I hope readers feel as inspired as I do by the forces of change they’ll find within these pages.”

In the issue, there is also a conversation between Meghan and former US First Lady Michelle Obama, as well as an interview between her husband Prince Harry, and Dr Jane Goodall, a primatologist whom she has idolized since childhood.

Speaking about Meghan’s contribution to the magazine, Edward said: “To have the country’s most influential beacon of change guest edit British Vogue at this time has been an honour, a pleasure and a wonderful surprise. As you will see from her selections throughout this magazine, she is also willing to wade into more complex and nuanced areas, whether they concern female empowerment, mental health, race or privilege.

“From the very beginning, we talked about the cover – whether she would be on it or not. In the end, she felt that it would be in some ways a ‘boastful’ thing to do for this particular project. She wanted, instead, to focus on the women she admires.”

The Duchess of Cambridge has also been featured on the cover of Vogue in 2016 to celebrate its centenary, in collaboration with the National Portrait Gallery. She is the most senior royal to grace the cover since Diana, Princess of Wales, appeared four times, including a posthumous appearance in October 1997.

Meghan’s Joke About How She Was Introduced To Harry