Prince Harry and Meghan Markle’s first child will be arriving soon, with an approximated date sometime in late April to early May. Ever since the baby announcement, the fans have been asking all kinds of questions about the baby or what is next for the Duke and Duchess of Sussex, but most have been left unanswered.

One of the more important questions, especially among the American fans, is what nationality will the baby royal be? Will we get to see the very first royal with American citizenship?

Well yes, but its much more complicated than that, and of course it can change over time, so who knows. Its mother Meghan is a native-born citizen of the United States, born on August 4th 1981 in Los Angeles, California, to Doria Ragland and Thomas Markle Sr. The actress grew up in Hollywood, where she earned a bachelor’s degree from Northwestern’s School of Communication in 2003. She lived in Toronto, Canada for some time because her legal drama Suits was being filmed there. She started dating Harry in June 2016, when she was 34.

Back when Meghan and Harry first announced their engagement, it was quickly revealed that the bride-to-be would change her citizenship. She intends to become a U.K. citizen and will go through the process of that, which some of you may know takes a number of years,” Jason Knauf, Prince Harry’s communications secretary told the BBC in December 2017, before the couple’s big day in May 2018. but that is no easy task.

First Meghan must spend 12 months living in the U.K. before the procedure officially begins. Until that is finished she will be “compliant with immigration requirements at all times,” Jason added, which means she will still be American citizenship when she gives birth.

According to the State Department, a child born to a U.S. citizen, in this case Meghan, and “an alien” (are we sure we want to use this label in this day and age?), Harry in wedlock acquires U.S. citizenship at birth if the American parent has lived in the U.S. for the required amount of time. And baby Sussex does check all the requirements, having been born after 1986, the parent’s required time period is five years, with two of those years being after the age of 14, which Meghan no doubt satisfies. So that means we will indeed be getting a royal baby that will be born as an American citizen. In addition to this, when we take a look at the father’s side, according to the U.K. government, a child born to at least one British or Irish citizen will be a British citizen, meaning that the baby will have “dual citizenship.”

But that is not that easy either, as for their child to be considered a dual citizen, Harry and Meghan would have to report the birth to an American consulate, Doris Meissner, former Immigration and Naturalization Service Commissioner under President Bill Clinton, the New York Times reports. That would serve as “proof of U.S. citizenship”, which will allow their child to apply for a passport. Even though the baby will be born an American citizen, it is very unlikely that the Royals will do anything to officiate the status beyond that. Royal expert Kelly Lynch says for Time magazine: “The child will be fully British.”

However, it is believed that Meghan will eventually renounce her U.S. citizenship in order to protect the royal family’s finance to audit by the IRS and avoid paying double taxes. The same would apply to her child as well. Royal expert Marlene Koenig tells Town & Country, “I would expect that when they reach adulthood, they would go through the process of renouncing… The U.S. may be the only country that taxes the income of citizens who live outside the country. Meghan may have investments that will earn income — and even abroad, she will have to pay US income tax.” No matter what, the whole thing is unprecedented. “No one in royal history has had an American mother,” Lynch says.”It will be interesting to see what happens.” 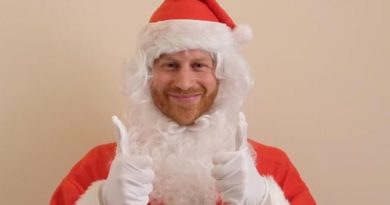 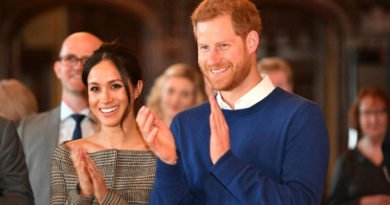