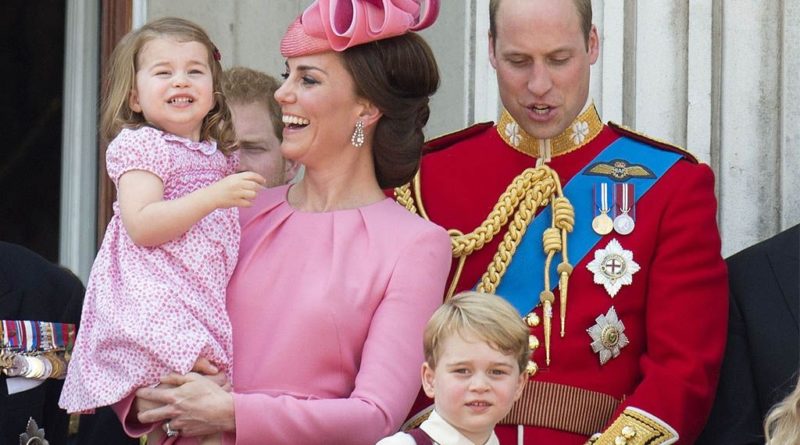 Prince William and Kate attended a wedding on Saturday with their eldest children. And Prince George and Princess Charlotte are back in their familiar roles. George was a pageboy and Charlotte was a bridesmaid.

The Cambridges attended the wedding of Sophie Carter, one of Kate’s best friends.

Kate has been friend with Sophie for several years. We have often seen them together at public events: Sophie accompanied Kate to church in Sandringham, Wimbledon etc. She has also joined the Cambridges on ski vacations.

Sophie is from Letheringsett in Norfolk That is not far from the Cambridges’s Anmer Hall and she often traveled in the same social circles as the couple.

She once dated on of William’s closest friends, Thomas van Straubenzee.

Kate’s sister, Pippa Middleton also attended the wedding with her husband, James Williams. Pippa is pregnant with their first child and she is due any time soon.

George and Charlotte have already experienced the roles of pageboy and bridesmaid. They stole the show at auntie Pippa’s wedding and uncle Harry’s wedding to Meghan.

On Harry and Meghan’s wedding, George helped bridesmaid Zalie Warren he comforted her after bursting into tears and having a “meltdown.”

One guest revealed that Charlotte was making sure the group followed protocol before walking down the aisle. “There was one girl who wanted to go and [Charlotte] said, ‘No you can’t go yet. We have to wait until we are asked.’ She was really organized.”

And now, the famous siblings will star in another wedding.

George will be pageboy again, and Charlotte will “lead” the flower girls at Princess Eugenie’s wedding.

The wedding of Eugenie and Jack Brooksbank is due to take place on 12 October 2018 at St George’s Chapel at Windsor Castle.