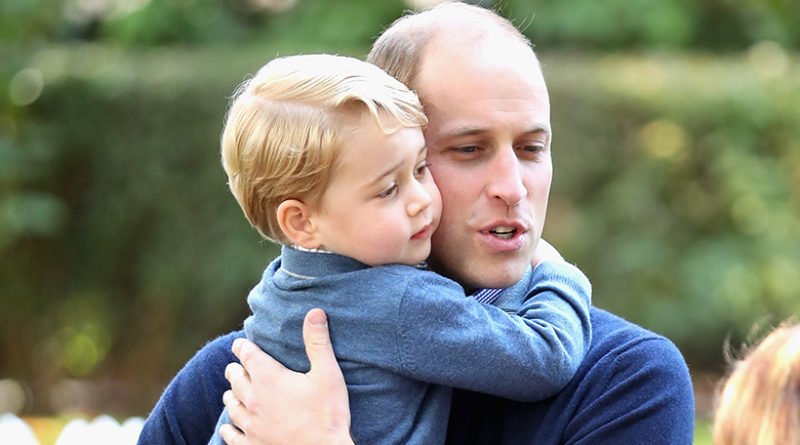 Prince William and Kate hosted a surprise engagement at their home in Kensington Palace for the finalists of this year’s BBC Radio One’s Teen Hero Awards.

At the reception, William chatted happily with the Teen Heroes of 2018. During a conversation, he revealed that George also has an interest that’s become a sweet connection to Princess Diana.

Speaking to one teen who has a passion for dancing, William revealed: “George is doing dancing as well, he loves it. And it’s kind of…my mother always used to dance, she loved dancing.

Meet some of the Teen Heroes who will be recognised this afternoon at the @bbcr1 Teen Awards. The Duke and Duchess of Cambridge were honoured to meet them earlier this week at Kensington Palace and hear more about their incredible achievements. pic.twitter.com/l29JGxMOLy

“And if it’s something you love, you do what you love. Don’t let anyone else tell you otherwise. Keep at it.”

Junior, who is 14 years old, is the current UK Freestyle Street Dance Champion. According to Hello!, he was being honored for his work as an anti-bullying advocate after being teased for dancing.

He was previously a Youth Board Member on the Diana Award National Anti-Bullying Youth Board. Perhaps that is why the Prince decided to share a memory of his mother with him.

READ NEXT: William Wants Son George To Follow His Footsteps By Teaching Him This

William also joked with 14-year-old Junior: “Can you spin on your head? That’s what I always want to ask people.”

He then admitted that he hasn’t exactly inherited his mother’s dance-loving rhythm, and the only moves he could probably attempt are “break dancing, literally where I break myself!” William and Harry to have talked about his mom in interviews but he rarely comments about her at official engagements.

In Diana, Our Mother: Her Life and Legacy, William shared that he is “constantly talking about Granny Diana” to his children. William revealed that he keeps his mother memory alive with photos of her around the house to remind his family of her.

“It’s hard because obviously Catherine didn’t know her, so she cannot really provide that, that level of detail.” Instead, William says he talks about his late mom to the children at bedtime to “just try and remind them that there are two grandmothers, there were two grandmothers in their lives, and so it’s important that they know who she was and that she existed.”

William teased that his mom would have been an “absolute nightmare” like a grandmother.

READ NEXT: This Is Diana’s Tradition That William Has Also Passed Down To His Kids